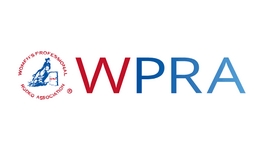 COLORADO SPRINGS, COLORADO – Three-time and reigning WPRA World Champion Hailey Kinsel continues to add accolades to her resume, this time being the high money winner over the Fourth of July known in rodeo as Cowboy Christmas. Kinsel won money at four rodeos including one first and two seconds to lead the barrel racing field with $22,238.

Kinsel, of Cotulla, Texas, pocketed her largest check at the Cody (WY) Stampede aboard Sister after finishing second in a time of 17.05 seconds. She collected a check totaling $8,099. She won the Livingston (MT) Roundup Rodeo in a time of 17.09 seconds for another $7,200. Her third check came from a second place finish in St. Paul, OR, stopping the clock in 17.51 seconds for $6,705. She rested Sister in West Jordan, Utah and rode TJ placing for a check worth $234.

“Oh cool,” said Kinsel when she learned she had added another title to her resume. “By far this was the best 4th I have ever had in all ways. I didn’t go to as many as I have in years past and cutting back was a good thing for me. I used the less is more approach and went to the biggest rodeos. I have gotten smarter in my older age about going to where I drew well and remembering that it is ok to turnout if you don’t feel you have a chance to win. I went where I felt I had a chance to win money and it worked out pretty well for me this year.”

She made her first trip to the rodeos in St. Paul and West Jordan and the only rodeo that the champion didn’t place at in which she competed was in Oakley, Utah.

Kinsel and Miller-Beisel collected the lion’s share of the money in the barrel racing with the next highest money earner being Hallie Hanssen with $11,936. With Kinsel’s big week, she is now back in familiar territory in the world standings ranked No. 2 with $55,860 at 38 rodeos just behind Shelley Morgan with $61,630 at 31 rodeos. Wenda Johnson is now third with $53,660 at just 10 rodeos and Emily Miller Beisel is fourth with $48,500 at 41 rodeos.

On the breakaway roping side it was Cheyanne Guillory capturing the bulk of the money finishing with $14,330 at three rodeos. Guillory’s biggest payday came in Oakley, UT, where she shared the win with McKenna Hickson stopping the clock in 2.2 seconds. That run earned the Gainesville, Texas, cowgirl $6,400. She won the breakaway roping at Belle Fourche, S.D., in a time of 1.8 seconds worth $4,899 and was second in Cody, WY with a 2.1-second run worth $3,031. She moved to third in the world standings with $19,371 behind Shelby Boisjoli with $25,968 and JJ Hampton with $24,565.

Full coverage for both barrel racing and breakaway roping Cowboy Christmas will be in the August issue of the WPRA News.