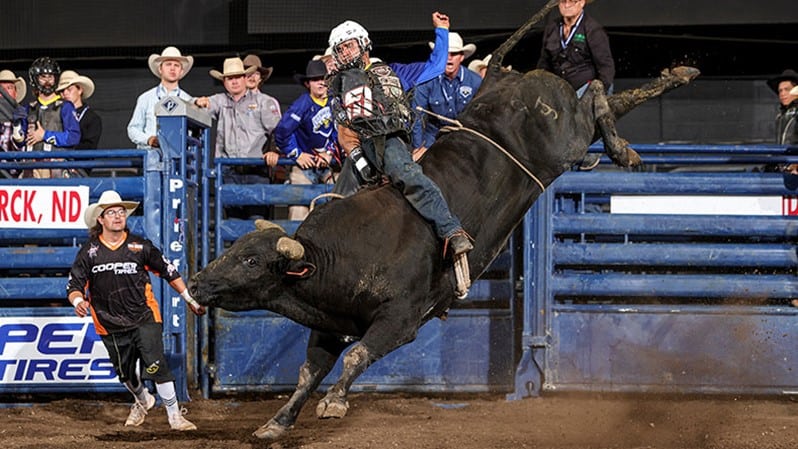 Rebounding from a loss on Day 1 of the Dakota Community Bank & Trust PBR (Professional Bull Riders) Bull Riding Challenge, the Nashville Stampede (1-1-0) secured their first preseason win. The Stampede was led by Fernando Novais (Pereira Barreto, Brazil), who tallied 80 points against Midnight Rain (Staci Wilks/N Bar Ranch/Clay Struve/Dakota Rodeo/Chad Berger), which was all the Stampede needed. Novais battled the entire ride, and initially was not given a score. However, upon judges’ review, he was found to have made the 8 for the Stampede’s first and only qualified ride of the night. The Austin Gamblers (0-2-0) were unable to score on their five rides, allowing Novais’s gutsy effort to stand up for Nashville’s win.