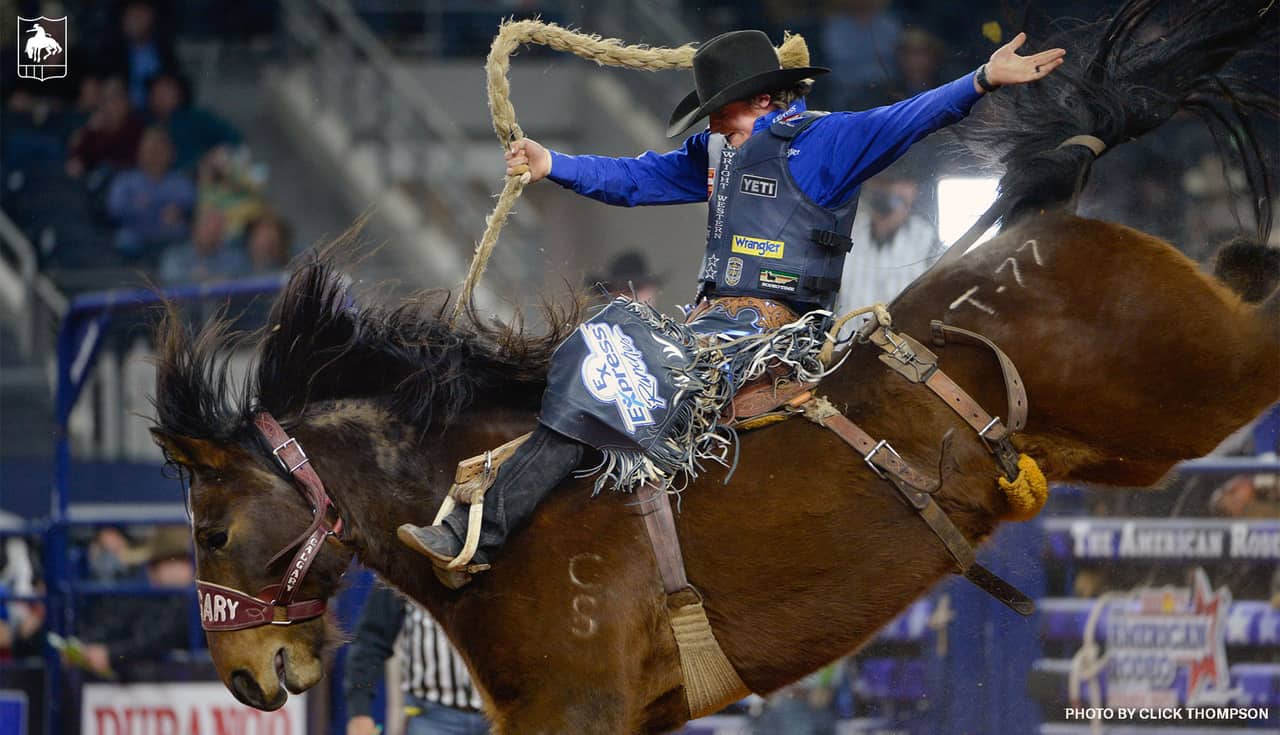 Ryder Wright during the RFD-TV’s The American – Presented by Durango Boots on 3/6/2021. Photo by Christopher Thompson

ARLINGTON, Texas – Still hot off his second PRCA saddle bronc riding world title in December, Ryder Wright knew he was in for a good ride during the long round at The American when he drew Calgary Stampede’s Tokyo Bubbles Saturday night at AT&T Stadium.

“I’ve been on that horse two times and she’s never been that good for me,” said Wright, who split second place in San Antonio recently.

When Wright got his chance on Tokyo Bubbles Saturday night – they both delivered as Wright had a 90.75-point ride to win the long round.

“She bailed out of there and stayed super close; I think the judges like when the horses stay close to the bucking chutes like that,” Wright said. “I knew she would be good, and I just had to do my part and it worked out.”

“This win would be awesome,” Wright said. “You know it would be a good bump up in the world standings and take a little bit of the pressure off to get back to the Finals.”

Wright has qualified for the Wrangler National Finals Rodeo every year since winning the 2016 PRCA | Resistol Rookie of the Year for saddle bronc riding. He will try and keep his momentum going Sunday.

“I love the spring run, we’re usually all over, but it’s easier to be away from home when you’re getting on good horses at good rodeos like this,” Wright said. “Having my family here is the biggest thing. It makes it easy when my wife (Cheyenne) gets to come and having my brothers here you don’t get quite as homesick and that’s nice.”