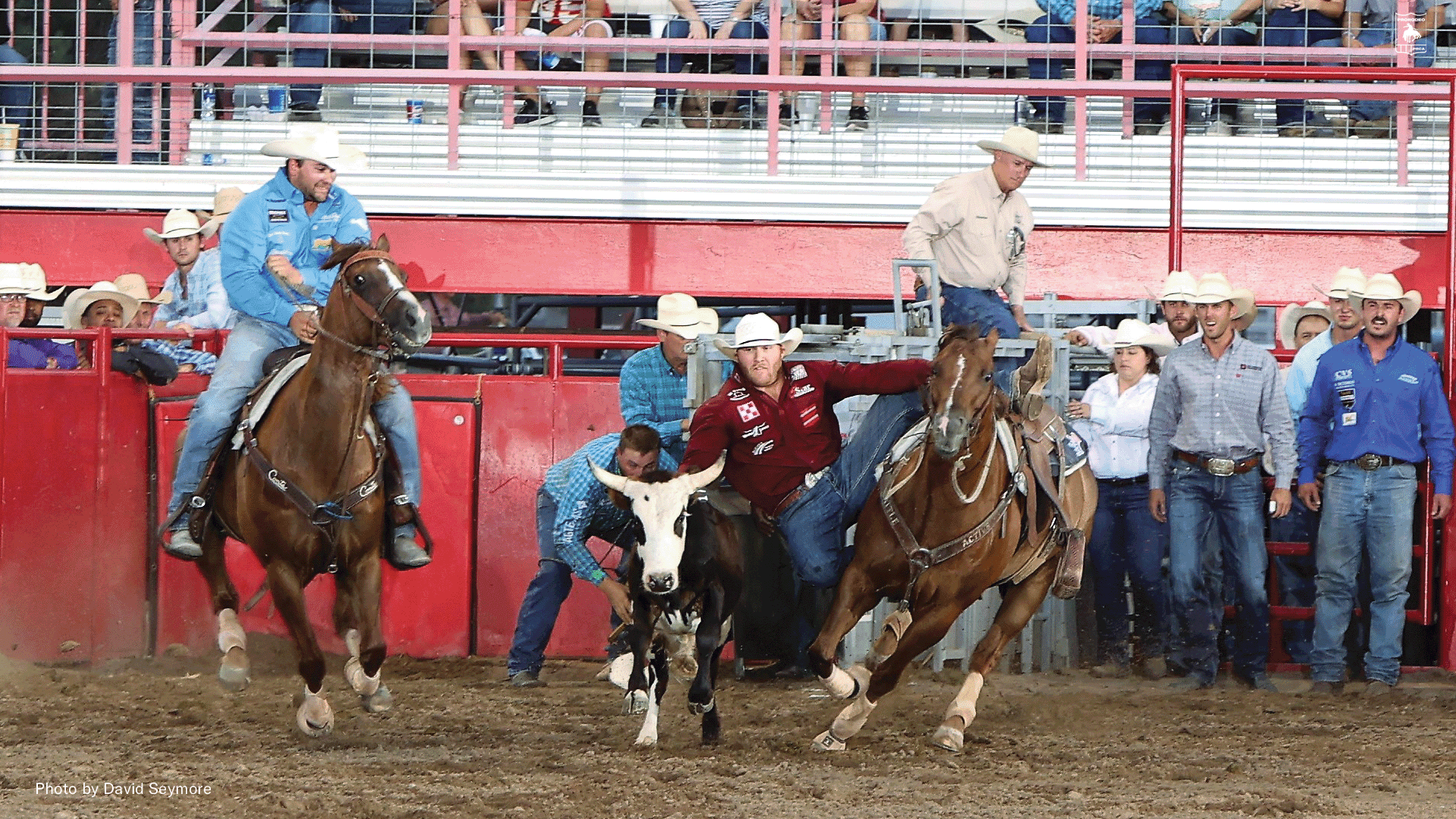 The rodeo career is not for the meek. It requires skill, uncommon toughness and the ability chew up miles on the road like Pac-Man gobbles up dots.

Jorgensen has a better idea than most. At age 29, he boasts an impressive resume as a one of the sport’s best steer wrestlers. His 2022 run for the Wrangler National Finals Rodeo received a boost with his win at the Dodge City (Kan.) Roundup. Jorgensen clocked a 12.4 second time on three head, earning $7,238 at the NFR Playoff Series stop presented by Pendleton Whisky.

He was practically a blur with a 3.6-second run in the finals.

“A lot of it is having a great steer. And I drew one. Then, it’s about doing your job on the steer and making it your best run. It all matched up,” Jorgensen said. “It was a great environment. Dodge had a sold-out crowd. It was a great setup. I have no complaints.”

For Jorgensen, the Dodge City success is a reminder that his ultimate goal is never out of focus. The Blackfoot, Idaho, native boasts three straight berths to the National Finals Rodeo. He finished 12th last season, a mild disappointment after notching second in 2020 and third in 2019, where he won his first round buckle, something that still ranks as a top memory. Dodge City represented his third win this season. He’s in the top five in the PRCA | RAM World Standings right now.

“I think every dollar counts. It’s only August. We have a couple of months before you start thinking about Las Vegas. I am going to make it all count and get to the NFR. That’s the goal every year,” Jorgensen said. “But the long-term goal is to win that gold buckle, and it’s time to make that happen.”

That means more nights on the road, more miles to devour. Joined by his fiancé on the circuit, Jorgensen enjoys the pursuit as much as his time in the chute.

“We get to see something new every day. You have your buddy group on the road, but you get to meet new people and make new friends,” Jorgensen said. “It is a different way to make a living. You can be one blown tire or a blown engine from missing an event. It can be a lot. But I love it.”