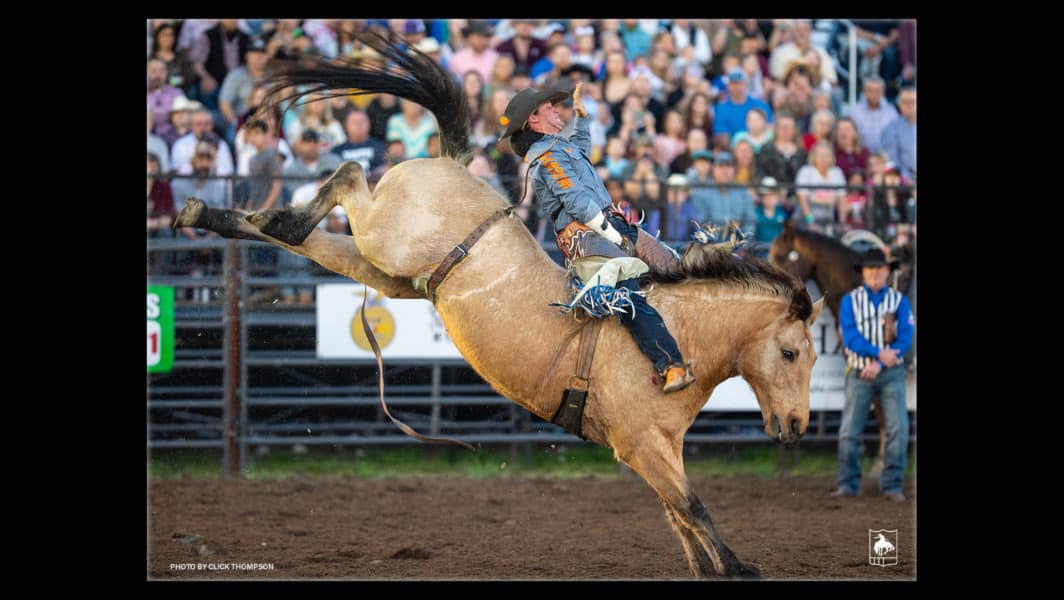 The Waxahachie, Texas, rodeo was set to be a rematch between Rutherford and Rafter G Rodeo’s Assault, a bronc that got the best of him in Amarillo, Texas, in 2016.

“She put me on my head on the third jump a few years ago in Amarillo,” said Rutherford, 29. “I was more nervous about getting on her than I was getting on for the first round of the NFR this year. It was just from my past experience and knowing how she is.”

The Hillsboro, Texas, cowboy has risen through the ranks since his rookie year in 2014. Winning the 2020 Cody (Wyo.) Stampede propelled him into his first NFR qualification where he placed in two rounds to finish 10th in the average.

“This time around, it was a dog fight,” Rutherford laughed. “That’s a rank horse.”

“She stayed true for me and it worked out well,” Rutherford said. “When I got off I knew it (the score) would be up there.”

“She was a lot more rider-friendly for me this time,” Rutherford said. “They’ve had her in the bronc riding and that really freed her up. She can be a little bit treacherous, so when I was riding her I was begging for her not to take a hard left since that’s how she gets a lot of guys in trouble.”

“I feel like I’m riding better than I ever have in my life and I’m at the top of my game and in the best shape of my life,” Rutherford said. “It’s a great push forward – I’m not only planning to make the NFR but I’m expecting that of myself.”

Here’s a look at the rest of the top rides and runs from the week:

There was a three-way tie for the fastest tie-down roping run last week. Blane Cox made a 7.7-second run in Waxahachie, March 26, as did Tyson Durfey and Charlie Gibson in Nacogdoches, March 26 and March 27, respectively.

Bull rider JR Stratford had a 90.5-point ride on Championship Pro Rodeo’s Big Shot in the final round of the Ultimate Challenge PRCA Xtreme Bulls in Enid, March 27.