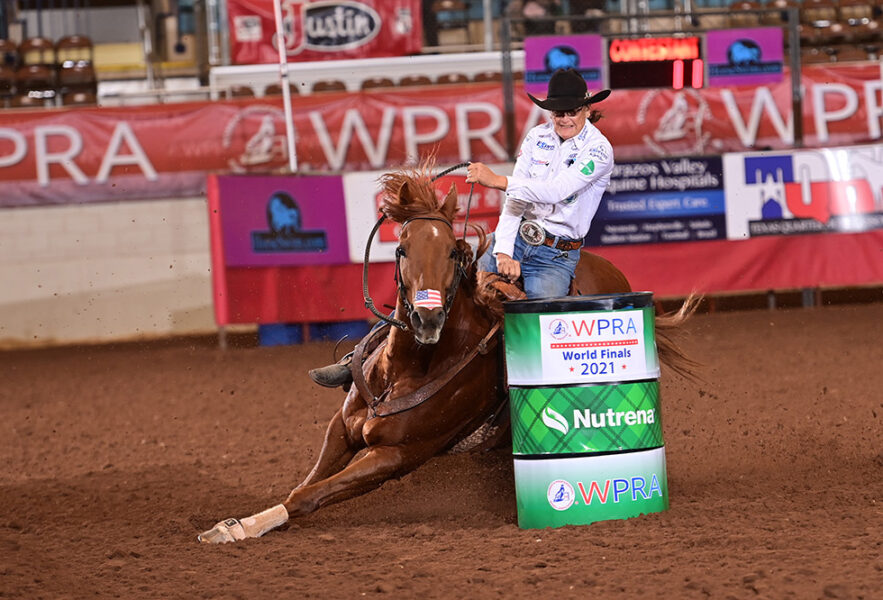 The 2022 WPRA World Finals returns to EXTRACO Event Center in Waco, TX, in conjunction with the Elite Barrel Race, slated for Nov. 10-13. This event offers opportunities and money for all levels of membership from those searching for a world title, to those looking to get a head start on the 2023 rodeo season, to those looking to fill their permit.

Next to the Wrangler National Finals Rodeo, the WPRA World Finals is the biggest event of the year for the WPRA that attracts the highest caliber of barrel racers and female ropers from across the country. In 2021, the WPRA partnered with Elite Barrel Racing in co-producing the weekend event which paid out $375,000 in cash and prizes and is looking for this year’s event to be bigger and better with increased added money.

“This is going to be an action-packed weekend featuring all the WPRA has to offer our members,” said Jimmie Munroe, WPRA President. “We will crown world champions in the futurity/derby and junior division as well as our roping division that includes all-around, team roping and tie-down roping titles. While world titles won’t be handed out in the barrel racing and breakaway roping at this event, those members will still be competing and getting a jumpstart on their 2023 rodeo season standings.”

The WPRA World Finals will feature the Boot Barn $20,000 added card holder barrel race with money counting toward the 2023 ProRodeo Standings. The permit only race will boast $5,000 added and each of the roping disciplines (breakaway, team roping and tie-down) will feature $5,000 ($10,000 total for the team roping). All totaled the WPRA World Finals will boast $77,500 in added money with the Elite &TQHA featuring an additional $32,000 in added money for their races.

The WPRA Card Holder barrel race money as well as the WPRA Breakaway Roping World Finals earnings will count for qualifications into the 2023 winter rodeos including RodeoHouston and for the 2023 ProRodeo standings. This can go a long way in making your dreams come true whether it is to compete at RodeoHouston or at the Wrangler National Finals Rodeo. Don’t miss out on this great opportunity!

A $5,000 added Permit Only event will give permit and new members a chance to fill their permit at the end of the weekend and be ready to hit the ground running for the 2023 season and their chance at a Rookie of the Year title.

Eight world champions will be crowned along with the national champion in the breakaway roping.

David Smith will serve as the ground crew. Smith is highly respected in the state of Texas handling the ground at the ELITE and many other large barrel racing events. Smith and crew strive for consistent and safe ground for all competitors. T.C. Long will be the co-producer for the event along with the WPRA.

The World Finals is the crowning event for WPRA Ropers and this year’s event is shaping up to be an exciting finish.

On the heeling side, Lorraine Moreno is the lady to catch with $16,180 won on the season thus far. This would be Moreno’s first world title in the WPRA. She will have to hold off veteran Jessica Remsburg who comes in second with $11,618 and Rylie Smith with $11,314. The reigning heeling world champion Annette Stahl is fourth with $7,535.

With the continued growth of the women’s breakaway roping within the WPRA at PRCA rodeos the world title in this roping category will be crowned in Las Vegas at the South Point Arena following the two-day action, Nov. 29 and 30. Like was done the last two years, money won at the WPRA World Finals this year will be added to the co-approved event standings to determine the WPRA National Breakaway Roping Champion. In addition, money won in Waco will also be added to the 2023 ProRodeo Breakaway Standings that might just help determine next year’s world champion!

In 2021, Josie Conner of Iowa, LA, won the breakaway national title in Waco and returns this year to defend that title as No. 1 with $51,355. Conner used last year’s event as a catapult for her ProRodeo season finishing as the WPRA Rookie of the Year and will compete at her first National Finals Breakaway Roping later this month. Martha Angelone, who is currently ranked No. 1 in the ProRodeo world standings is second in the co-approved standings with $36,812 but will be a great warm-up for the 10 rounds in Las Vegas with at least 10 of the 15 Top 15 planning to rope in Waco this weekend. 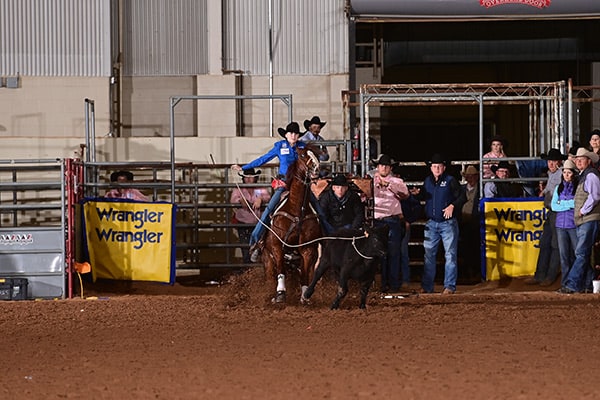 Skylar Alves of Camarillo, California missed out on the Junior World Title in 2021 but returns in 2022 in the lead with $11,499. Kaitlyn Sims from Elkton, Florida, is second with $10,194. A new Junior member will get to add their name to the list of WPRA World Junior Champions.

SUCCEED will be featuring the next generation in horsepower as the title sponsor of the Futurity and Derby division that is specifically geared toward the up-and-coming barrel horses in the industry.

Kathy Grimes, a former NFR qualifier, is looking to double up on world titles in Waco as she currently leads the Futurity and Derby standings. Grimes and KG Jukebox Hero has garnered 310 futurity points with Ashley Day and ArmedNFamous second with 285. In the derby division, Grimes has piloted KG Juststealingcash to 210 points while Becca Gilley and FM Fast Burning Fuse is second with 190. 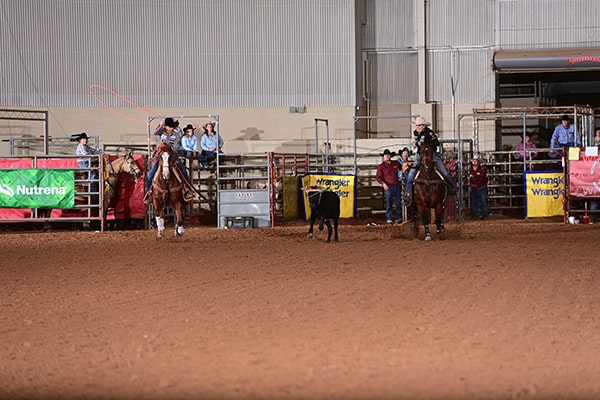 All World Finals barrel racing action will be webcast through Gold Buckle Media. A link to watch it live will be available at www.wpra.com or visit http://elitebarrelracing.com. The roping action will be live streamed on the Wrangler Network.

Additional information including live results will be available at www.wpra.com under the WPRA World Finals tab.