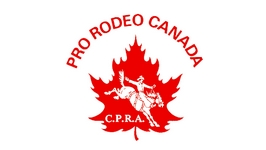 After five rounds of the 2022 Wrangler National Finals Rodeo in Las Vegas, the six qualifying Canadian bronc riders had won fifteen of the thirty placings, fifty per cent. The boys from north of ’49 decided to go one better in round six as they took four of the six money spots in the round or sixty-six and two-thirds per cent.

Team Canada was led this time around by Logan Hay as he won back-to-back rounds, this one on Frontier Rodeo’s Yellowstone, good for 87.5 points and the $28,914 first place cheque. Zeke Thurston was third with an 87 point effort on Outlaw Buckers’ Lunatic Party, Layton Green marked 85.5 for fourth on Big Stone Rodeo’s Rubels and Kolby Wanchuk continued his streak of placing in every round with an 84.5 on Pete Carr’s Big Tex for the sixth and final payoff spot. Meanwhile at the top of the bronc riding leaderboard, things continue to get more and more interesting. One of the top contenders, Lefty Holman, missed his horse out and was disqualified leaving season leader Sage Newman still on top with $308,000 in 2022 earnings. But Newman’s lead has shrunk to just $38,000 over number two man, Stetson Wright, $59,000 over Holman, $69,000 over Thurston and $76,000 over Logan Hay who is now solidly in contention. With the average sure to play a big role in determining the champion ($74,000 to win first in the average), Thurston is first, Wright is second, Hay is third with Holman back in ninth and Newman having fallen all the way to eleventh.

During the steer wrestling, a power outage in the Thomas and Mack building, and the resulting delay, didn’t hamper Tristan Martin as he bounced back from a no-time 24 hours earlier to win round six with a 3.5 second run. But the drama is at the top of the bulldogging leaderboard as Stetson Jorgensen maintains his lead over Will Lummus but has seen that lead shrink to just $28,000. Jorgensen sits sixth in the all-important average, one spot behind Lummus as the two men could well go down to the last steer to decide the world title.

There was a record-equalling time in the tie down roping as Shad (Money) Mayfield clocked a blistering 6.5 second run to tie the existing record, shared by rodeo legends Cody Ohl and Trevor Brazile. But even that spectacular performance by the 2020 World Champion failed to slow the runaway train known as Caleb Smidt. The three-time and reigning world title holder is on target for a fourth gold buckle as he posted his fifth sub-eight second run of the finals and sits number one in both the average and the world standings.

The team ropers struggled a little on night six with only four clean runs in the round. Chad Masters and Joseph Harrison took home the first-place cheques courtesy of a 4.0 second run with Kaleb Driggers and Junior Nogueira still on top of the world standings and sitting fourth in the average. Tanner Tomlinson and Patrick Smith are holding down top spot in the average and are third overall. The run of bad luck continued for Canadian Jeremy Buhler and his heading partner, Utah cowboy Rhen Richard as they had to settle for a no time.

Making ten clean barrel racing runs at the National Finals Rodeo is no small feat. Of the 15 women competing at this year’s NFR, only five have kept the barrels up over six rounds. One of those contestants, veteran Lisa Lockhart, who came into this year’s NFR in 14th spot, has moved to third in the world and first in the average courtesy of a round win and four additional placings. Defending Champion Jordan Briggs hit her first barrel in round six, dropping the second generation cowgirl from second to sixth in the average, though she maintains her hold on second spot overall. The lead is still in the hands of three time world champion, Hailey Kinsel though the Texan (who ran one of the fastest times of the Finals in round five) has dropped well down in the average rankings, due in part to a tipped barrel in round six. Tonight’s win was shared by Brittany Pozzi Tonozzi and Emily Beisel who turned in a pair of speedy 13.57 second runs.

And in the bull riding, Tristen Hutchings of Monteville, Idaho made it back-to-back go-round wins with an 88-point ride on Rocky Mountain Rodeo’s Caddyshack to increase his overall earnings to $227,000, third best for the year and almost exactly half of the amount amassed by the unstoppable man on top–Stetson Wright. Wright was second in the round and is a lock for the title with $451,000 already banked. Two time Canadian champion, Jared Parsonage, bucked off Universal Pro Rodeo’s Chandler’s Dream.

The Canadian Professional Rodeo Association(CPRA) with headquarters in Airdrie, Alberta is the official sanctioning body for Professional Rodeo in Canada. The CPRA approves 55 events annually with a total payout exceeding $5.7 million. The organization oversees the SMS Equipment Pro Tour Finals each fall in Armstrong, BC, holds their premiere event – the Canadian Finals Rodeo (CFR) – at Westerner Park in Red Deer, AB in early November and endorses the Maple Leaf Circuit Finals as part of Canadian Western Agribition in Regina, SK. Follow the CPRA on Twitter @prorodeocanada and Instagram @prorodeocanadaofficial, ‘Like’ Canadian Professional Rodeo Association on Facebook or online at RodeoCanada.com.