Bad weather made an already long drive from California to Arkansas that much longer.

It was late September 1965, and Larry Mahan was headed to a PRCA rodeo in Pine Bluff. Mahan was just a 23-year-old kid and traveling with an aging bull rider nearing the end of his career. They got as far as Oklahoma City when Mahan realized they were not going to make it on time unless they grabbed a quick flight to Little Rock.

By the time the plane landed, the sun had gone down. It was a cool, dark evening as the two rodeo cowboys from the West Coast made the hour-long drive from the airport to what is now known as the Southeast District Fairgrounds.

“I’m on that road racing down through there, and I look over and there’s a—” Mahan still chokes up recalling a story from more than 50 years ago, “there’s a Klan thing going on with a big fire in the middle of this field, and I don’t know how many—it looked like 20 or 30 guys.”

Mahan stops talking and closes his eyes for a moment, remembering the sight of burning torches.

Then he holds his left hand over his mouth as he takes a deep breath and continues, “Coming from Oregon, where you’ve heard about that but never dreamed you’d ever see anything—it scared the heck out of me.

“Many times, I’ve wondered how Myrtis (Dightman) and others, when they would see something like that, I mean, what went through their minds?”

Myrtis Dightman was born on May 7, 1935, on a 4,000-acre ranch located three miles outside of Crockett, Texas. His daddy, O.D. Dightman, was a ranch hand for Karl Leediker, while his momma, Ada Lee, worked in the nearby fields picking cotton. Though Myrtis and his four siblings were raised in a house that did not have electricity, it was filled with what mattered most to them—faith and family.

At 2, he was horseback riding by himself.

He attended elementary school, but only when it was convenient and there was no work that needed to be done. Mostly, work needed to be tended to.

At 10, he stopped going to school altogether and was pretty much working full-time right alongside his daddy. Together, they fed and worked cattle, mended fences and handled whatever else came up from one day to the next. All chores Myrtis, who turns 86 in May, still does 75 years later on a much smaller ranch of his own near his hometown.

When he turned 18 in 1952, that faith served Dightman well when he left home in search of something more than being beholden to work for a white landowner—even if the Leediker family was kind to him and his parents.

From then on, he made his own way in the world.

His way was void of common constraints that bound many other young Black men in the 1950s.

He found a series of odd jobs down in Houston.

He met James Francis Jr., and together they would attend rodeos. If the event was not sanctioned by the Southwestern National Cowboys Association, which was similar to baseball’s Negro Leagues, they were hard-pressed to find Black cowboys competing. It was the first Black association of its kind in Texas and, likely, the first in the country.

That year, they became the first Black trail riders allowed to chart an 87-mile trail that now draws as many as 150 participants on horseback and in wagons. The rest of that year, Dightman began fighting bulls on the weekends. He worked every kind of rodeo — amateur, semi-pro and eventually pro events — and in the early ’60s, he started entering the bull riding at the same rodeos where he fought bulls.

In 1964, Dightman became the first African American to compete as an alternate at the National Finals Rodeo. In ’66, the last year that he fought bulls, he became the first to qualify. He did so six more times in becoming widely regarded as the “Jackie Robinson of rodeo.”

Back when Robinson broke the Major League Baseball color barrier in 1947, he had a support system in place. Jackie was chosen when he was sought out by Branch Rickey, who identified him not only for his prowess on the field but also for his character.

Dightman, on the other hand, was not chosen. He saw a void in Black rodeo cowboys competing at some of the top pro rodeo events and set out to become the first Black cowboy to qualify for the NFR.

Essentially, he chose himself.

Yet, Dightman never thought of himself as being alone.

“The Lord got me like this,” Dightman said. “The Lord been taking care of me. I tell everybody, put God first, and everything will work out. I know the places I been and the things I done. It had to be the Lord.”

His son Gregory, a local pastor in the Houston area who passed away earlier this year, did not see his father growing up and, likewise, until the last four or five years of his life, Gregory “didn’t know a whole lot about what his spiritual life looked like, but… to hear my dad talk about the Lord in a very personal way, it moved me at a level that gave me a lot of comfort.” Rev. James Lawson, a key figure in the Civil Rights Movement and a nonviolent resistance activist, who had invited Dr. Martin Luther King Jr. to speak in Memphis when he gave his famous “mountaintop” speech the day he was killed, said Dightman’s statement “shows the influence of a major spiritual direction that’s in the Bible.”

Well, actually, it might have been the good Lord, but it also had something to do with Larry Mahan.

In ’66, Mahan started flying his own private plane to rodeos.

A year later, he saw that Dightman, who had become the first Black cowboy to ever qualify for the National Finals Rodeo a year earlier, had a real opportunity to accomplish something greater. For most of that season, 1967, the top three bull riders were Bill Stanton, Mahan and Dightman.

As the season wore on, Mahan knew that Dightman would fall behind if he could not enter enough rodeos. He rode too good for Mahan to let that happen. Mahan also did not like knowing Dightman was out on the highways by himself at a time of so much civil unrest throughout the country, especially down South.

That reminded Mahan of the night in Arkansas.

He also thought about the time he was driving to San Angelo, Texas — it must have been 1964 or ’65 — when he stopped for fuel and saw a little café inside the service station. Mahan was by himself and startled to read a sign on the front entrance that read “Colored use back door.”

From then on, Mahan told Dightman to park his car, and they flew together.

Stanton still won the title in 1967, and Dightman finished a career-best third in the world.

“Myrtis was the first Black bull rider that ever brought that level of ability to the table to where he could go out there and compete and be a potential World Champion,” said Mahan, who namechecked Dightman among all-time greats like George Paul, Harry Tompkins, Freckles Brown and Jim Shoulders. “He probably could have and should have won a championship.” When it comes to Dightman, there have been a lot of those conversations over the years—what if?

In an era when so much attention is being paid to diversity issues, it is easy (if not expected) to say Dightman would have most certainly been a World Champion had he not been Black.

Plenty who say it never saw him compete.

Those who did see him recognize he had the talent but will, of course, never really know for sure if he could have outscored Mahan and Stanton.

B. Byron Price saw Dightman, and the former executive director of the National Cowboy Hall of Fame and Western Heritage Center in Oklahoma City offered his observation: “You can’t judge a home run. Whether or not a guy rides better — not only stays on but gets style points for the ride and the toughness of the bull and all of that — there’s a lot of opinion and criteria that goes into that, and it becomes a more human thing. Myrtis had to come a hell of a lot (further) in some ways than Jackie Robinson. In bull riding, there is an additional layer of human reasoning… or unreason.”

As a matter of fact, as athletes, Dightman was far more comparable to the late Henry Aaron.

Aaron had powerful legs and strong wrists. The deceptive power of his lanky frame and the speed with which snapped his wrists when swinging a baseball bat led to the nickname Hammerin’ Hank. Dightman’s quiet nature was befitting his lanky stature, and his freshly pressed long-sleeve button-down shirts covered his exceptionally muscular forearms. Without saying a word to anyone, Dightman would show off his strength by doing multiple sets of 10 one-armed pull-ups behind the chutes.

“I don’t know how many people you know who can do one-arm pull-ups,” said Bobby Steiner, who won the bull riding title in 1973 and then promptly retired from the sport, “but it ain’t many.”

In addition to the comparison of their physical strength, neither Aaron nor Dightman ever let the color of their skin deny them from establishing themselves as all-time greats in their respective sports.

Each showcased how mentally tough they were.

Dightman’s first qualification for the NFR represented those who came before him — Jesse Stahl, Bill Pickett and Willie Thomas — and contemporaries like Bailey’s Prairie Kid, Freddie Gordon, Marvel Rogers Sr., Calvin Greely Jr., Tex Williams and others who never had the courage to give themselves the same opportunity Dightman created for himself.

Like so many other great African American athletes from Jack Johnson, Joe Louis and Muhammad Ali to Jesse Owens, Carl Lewis, Michael Jordan and Tiger Woods, Dightman is a pioneer.

More so, he is an unsung American hero.

“Myrtis set the table for those next generations that came along,” Mahan said. “I don’t know if they have any idea of what Myrtis had to go through during that time, because that was tough.

“He did a lot of trailblazing.”

Keith Ryan Cartwright, a former editorial director and senior writer for PBR.com, is the author of the forthcoming book, “Black Cowboys of Rodeo: Unsung Heroes from Harlem to Hollywood and the American West,” which will be released wherever books are sold Nov. 1. Cartwright is contributing an ongoing series featuring Black cowboys throughout the 2021 season.

The Cloverdale Rodeo and Country Fair is being postponed due to Covid-19. Dates in the second half of the year are being considered with advice from health officials. "Public safety rides high in the - https://t.co/atJ74mVycI https://t.co/aDik2b5dLq 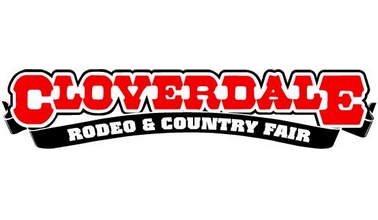 Keep an eye out for these #TeamWrangler athletes at AT&T Stadium this weekend for RFD-TV's The American! dallas.culturemap.com/news/entertainment/02-26-21-wrangler-rodeo-style-american-rodeo-arlington/#...

Although the Houston Livestock Show and Rodeo was recently canceled, the American Rodeo is coming up quick, bringing "the world's richest weekend in Western sports" to AT&T Stadium March 6-7. ...