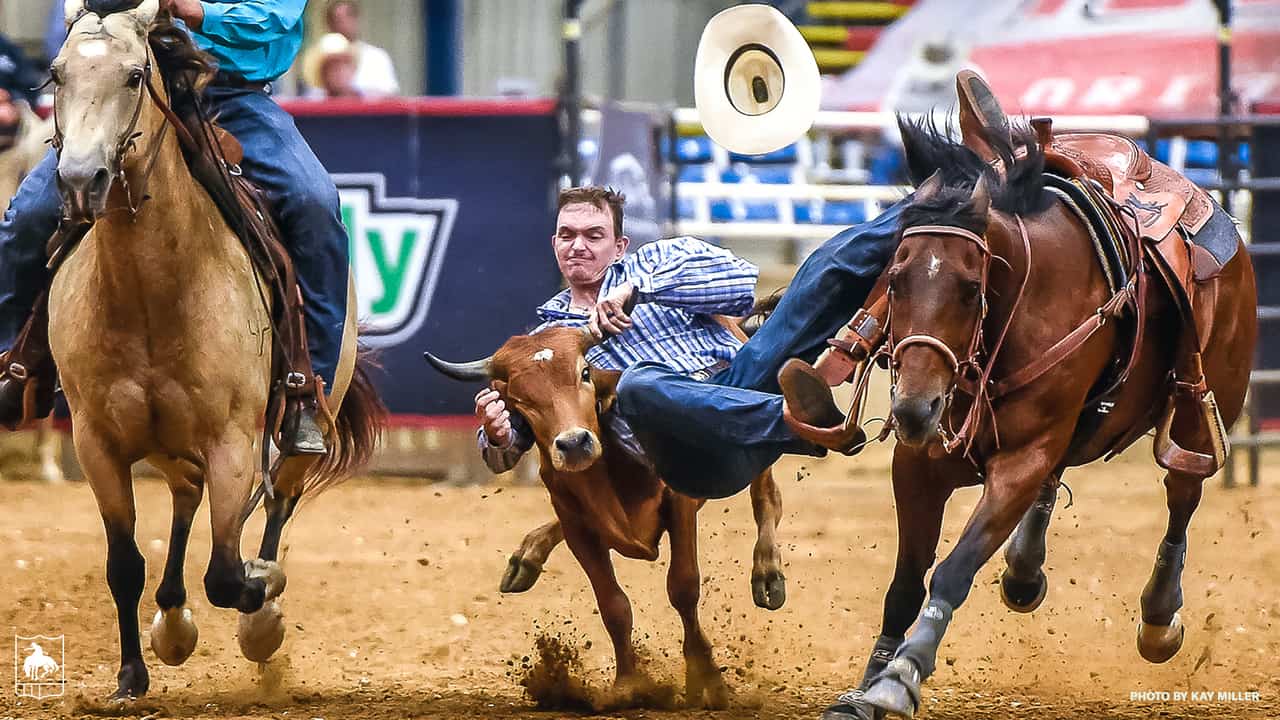 As the months go on a lifelong dream is becoming more of a reality for Sadler, Texas, steer wrestler Chance Howard.

This past week, Howard jumped five spots in the PRCA | RAM World Standings, going from outside the Top 15 to 12th. As he looks to qualify for his first Wrangler National Finals Rodeo in December in Las Vegas.

“It was one of those weeks that’s hard to beat for any cowboy going right now,” said Howard, 30. “We had some momentum coming off of the week before in Cheyenne and it just continued rolling for me in Lovington, (N.M.) and Dodge City, (Kan.).”

Howard finished second in two different rodeos over the past week. At the Lea County PRCA Rodeo in Lovington, he earned $1,655 with a 3.5-second run, a tenth of a second off his fastest time of the season. He believes a lot of that success can be credited to a switch in horses.

“I got a new horse (Train) going and things just started finally working out for me, I’m in a good place right now,” Howard said. “I believe having a good horse can lead to a majority of a guy’s success. Having a good horse, one you can have confidence in, and trust in is huge in this sport.”

“I just have to try to keep the momentum going and keep doing what I’ve been doing so far this year,” Howard said. “It would mean everything to me to qualify for the NFR, it’s what I’ve been trying to do for quite a while. This year it seems like everything is falling into place for me and hopefully I can finally get there.”

Below are the other cowboys who moved within the Top 15 of the PRCA | RAM World Standings.

• Steer roper Cash Myers moved up in the standings from 20th to 13th.

• Steer wrestler Ty Erickson moved from 18th to 14th.
• Team roping heeler Brady Minor went up in the standings from 14th to 10th.