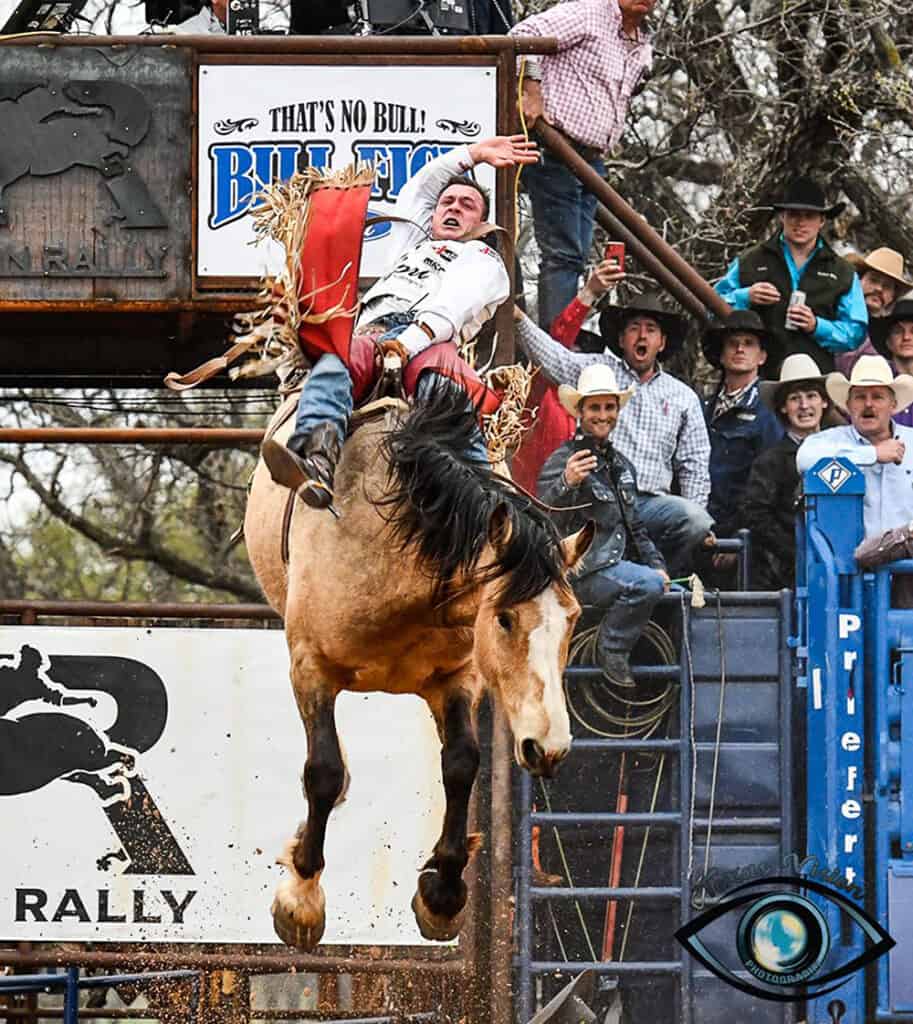 DODGE CITY, Kan. – Over the last few years, a buckskin mare born in the prairies of northwestern Oklahoma has made quite a name for herself.

“I was very nervous getting on that thing,” he said with a hint of a laugh. “I’d never been on anything like that caliber of horse. She’s one of the most powerful horses I’ve ever been on. She’s big and strong, and she bucks with everything she’s got every time. It was dang sure a dog fight.

“You feel every pound of that horse when she’s bucking.”

Cowboys have won the Roundup championship round on Gun Fire three of the last five years; Franks and 2018 winner Seth Hardwick utilized their short-round scores to win the aggregate championship, too.

“Powerful is the best word I can come up with to describe that horse,” Franks said. “Pure power.

“For the most part, she just stands in the chute like a rock. I pressed on her neck when I was putting my rigging on her, and it felt like I was pressing on a brick wall.”

Over the last 16 months, there have been eight cowboys ride Gun Fire, and the average score was better than 90 points. In fact, of those eight trips, all but two were 90 points or better. She’s good for big scores, and three of those have come from Franks’ traveling partner, Jess Pope of Waverly, Kansas.

“She’s as good as you can get,” said Pope, the NFR average champion each of the past two years. “She is the best horse going in my opinion, and I was tickled to have her by my name in the draw.”

“That horse should be bucking horse of the year,” he said in a news release issued last year.

Gun Fire was born and raised on the Frontier Rodeo ranch near Freedom, Oklahoma, and general manager Heath Stewart said her breeding is a big reason she’s so good at what she does.

“From the first day we started her, she bucked,” Stewart said. “I’ve got a couple full sisters and brothers to her, and four of them have (injured) themselves because they just buck so hard.

“The thing about her is, if you stub you’re toe, she’s going to buck a guy off, but for the most part, she’s pretty rider-friendly. She’s not the most rider-friendly, because she bucks so hard, but she’ll sure enough get you the points.”