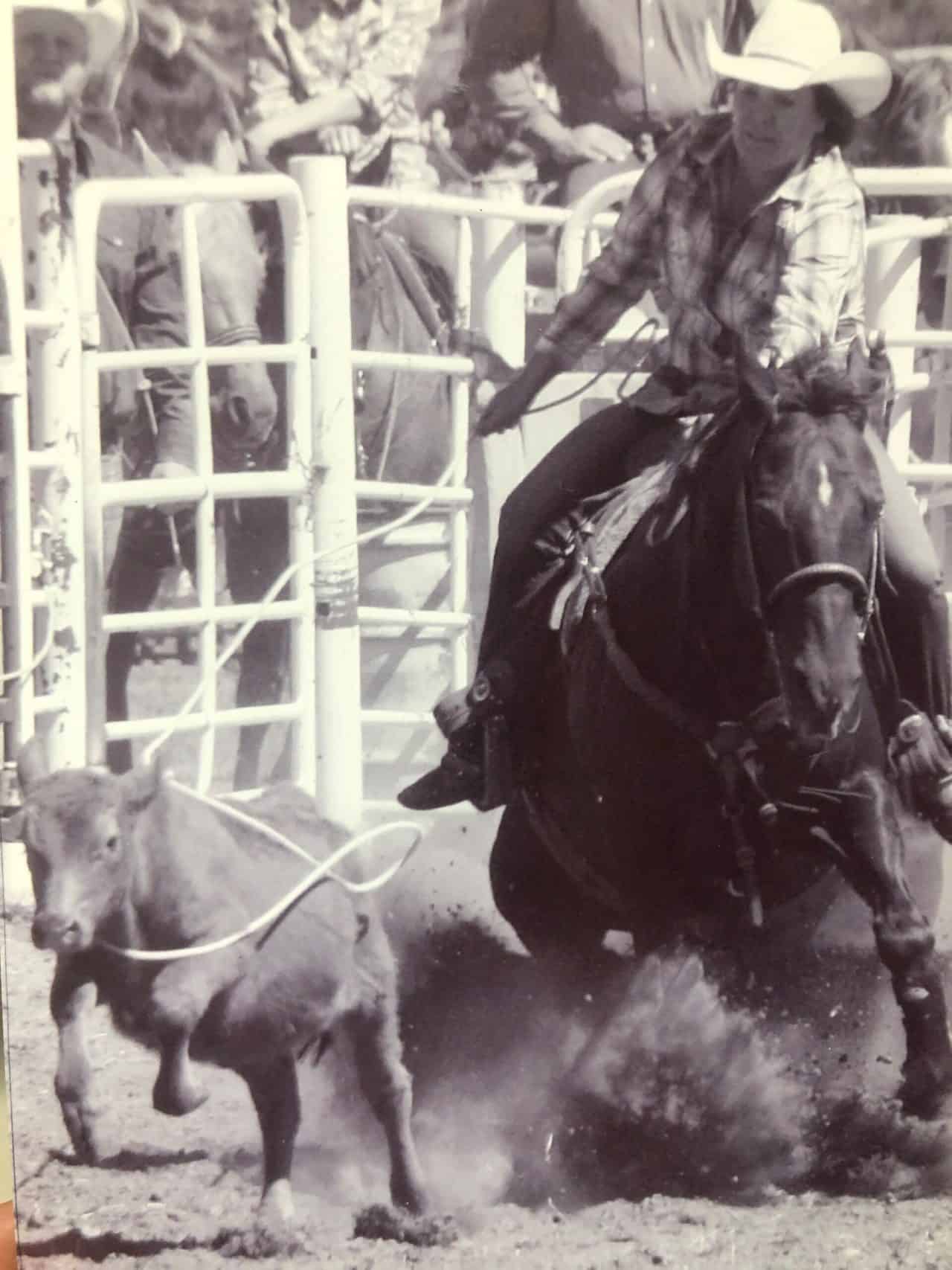 Amber Coleman, Orchard, Neb., will compete in the breakaway roping in its inaugural year at the Oregon Trail Rodeo in Hastings August 20-22. She is one of 31 cowgirls to be entered in the event in Hastings. Photo by Teresa Kohle.

Hastings, Neb. – The Oregon Trail Rodeo in Hastings will feature a new event this year, for the cowgirls.

Women’s breakaway roping will be added to the seven events already part of the PRCA rodeo, which runs August 20-22 at the Adams County Fairgrounds.

In the breakaway, the cowgirl is on horseback in the chute-like “box” at the south end of the arena. She nods her head when she’s ready, and the calf is released from the chute. The cowgirl ropes the calf, stops her horse, and while the calf runs, the end of the rope, which is attached to the saddle horn, breaks away, signaling the end of the run.

It’s a chance to showcase the women of rodeo in a different sport, which is fast-paced, too, said Scott Hinrichs, chairman of the rodeo committee, who noted that winning times could be two to three seconds long, measured to the tenth of a second.

Amber Coleman is one of the 31 breakaway ropers who will compete in Hastings this weekend.

As a ranch-raised cowgirl who grew up in Newman Grove but now lives in Orchard, Neb., she competed in the event in Nebraska high school rodeo, then in college, first at Northeastern Oklahoma A&M College in Miami, then at Northwestern Oklahoma State University in Alva.

When PRCA rodeos add the breakaway roping to their events, that’s a win for cowgirls, Coleman said.

“It used to be just barrel racing,” she said. “Now women can showcase their talent and skills in a second event.”

Cindy always enjoyed watching the breakaway roping each year during the Nebraska High School Rodeo, also held in Hastings at the fairgrounds, and admired it and the cowgirls who excel at it.

When the opportunity came up for the rodeo to add the event, she was ready to help.

She said it’s a no-brainer for a Nebraska rodeo to host the breakaway roping event.

“This is the beef state,” she said. “Many of these girls grew up roping calves and branding, like their brothers, and all they can do (at a pro rodeo) is barrel race. Yet they can rope as well as any of the guys around. This is a way they can be paid (to win) and have the chance to go to the National Finals Rodeo” (pro rodeo’s world championship.)

Coleman loves the sport because her success depends on how hard she works. “It’s based solely on my own ability and practice,” she said. “I know if I don’t get out there and practice and put out the effort, then I’m not going to see the results I want.”

Rodeo tickets are on sale online at AdamsCountyFairgrounds.com, at the fair office, and at the gate. They range in price from $5-$20.

For more information, visit the website or call the Adams Co. Fairgrounds office at 402.462.3247.