Eight years ago Filipe Masetti Leite saddled up and set off from the Calgary Stampede on a remarkable adventure. On July 3, 2020, his journey will be complete. In 2012, at the Calgary Stampede’s Centennial celebration, Masetti Leite swung into the saddle and began chasing an extraordinary dream passed down from his father and inspired by the legendary long-riders of the past. He embarked on a 12 country, 15,534-mile journey on horseback across North and South America, through some of the most beautiful and most challenging country on Earth. From his adopted country of Canada, Masetti Leite made his way to his native Brazil, then on to the very tip of South America, Ushuaia, Argentina. To complete the journey and achieve his long-time goal, last year he once again set off on horseback from Alaska with the goal of returning to Calgary in time for the Stampede. After pausing for the winter months and the uncertainty caused by the COVID-19 pandemic, Filipe Masetti Leite is now riding his final 500 miles along remote roads, headed to Calgary. He will be a parade marshal without a parade, but that will not stop the celebration of his incredible achievement.

Wrangler Legends: Call of the Wind

Meet the fierce all-female tribe behind the Wild Gypsy Tour, a group devoted to welcoming motorcycle enthusiasts of all types, bikes, kinds and colors, in our latest Wrangler Legend “Call of the Wind”

Tunnel Vision: The Story of an American Bull Rider

“There’s people that don’t understand why we do what we do. You gotta be pretty tough and you gotta have a lot of heart. If you ride bulls, you’re gonna get hurt.” This is minor league bull riding. Each weekend, riders risk their lives for pride and a thousand dollars. If they lose, they get nothing.

The Federation of Black Cowboys (FBC) might be one of New York City’s best-kept secrets. The organization, officially formed in the early 90s, is committed to preserving the western way of life, even in the juxtaposition of a fast-paced, big city.

An inspiring story of determination from one of the PBR’s founders and early stars. You won’t believe what can be accomplished with a one percent chance until you meet Jerome Davis.

They’re Still Among Us

Filmmaker Joseph Haeberle tells the story of the modern-day cowboy to explore the tradition-rich history of the sport of rodeo.

The Cattlemen’s Day’s Tough Enough To Wear Pink chapter has raised over $2 million to support their local community, making them one of the most successful TETWP programs in all of rodeo. This film features the organization’s yearly auction, featuring hall-of-fame songwriter Dean Dillon, songwriter Trent Willmon and Professional Rodeo Cowboys Association Commissioner Karl Stressman.

Wrangler has teamed up with the Newby family—seventh-generation farmers from Athens, Alabama—as part of its pilot program to help U.S. cotton farmers reach the next level in sustainable growing practices. Wrangler purchases roughly half of the cotton for its products from U.S. growers. The U.S. cotton industry outperforms most other cotton-growing regions of the world on environmental metrics. However, Wrangler wants to determine how even greater environmental and economic benefits can be achieved through a programmatic focus on soil health in the U.S. To learn more about the Wrangler brand’s commitment to healthy soil, visit www.wrangler.com

Three #TeamWrangler cowboys are advancing to the short-go today! Dalton Kasel with an 84.25 point ride on Night Prowler, Sage Kimzey with 86.5 points on Chosin One and of course, Colten Fritzlan rode to the top in the long-go with 89.75 points on Justified. 👏👏👏 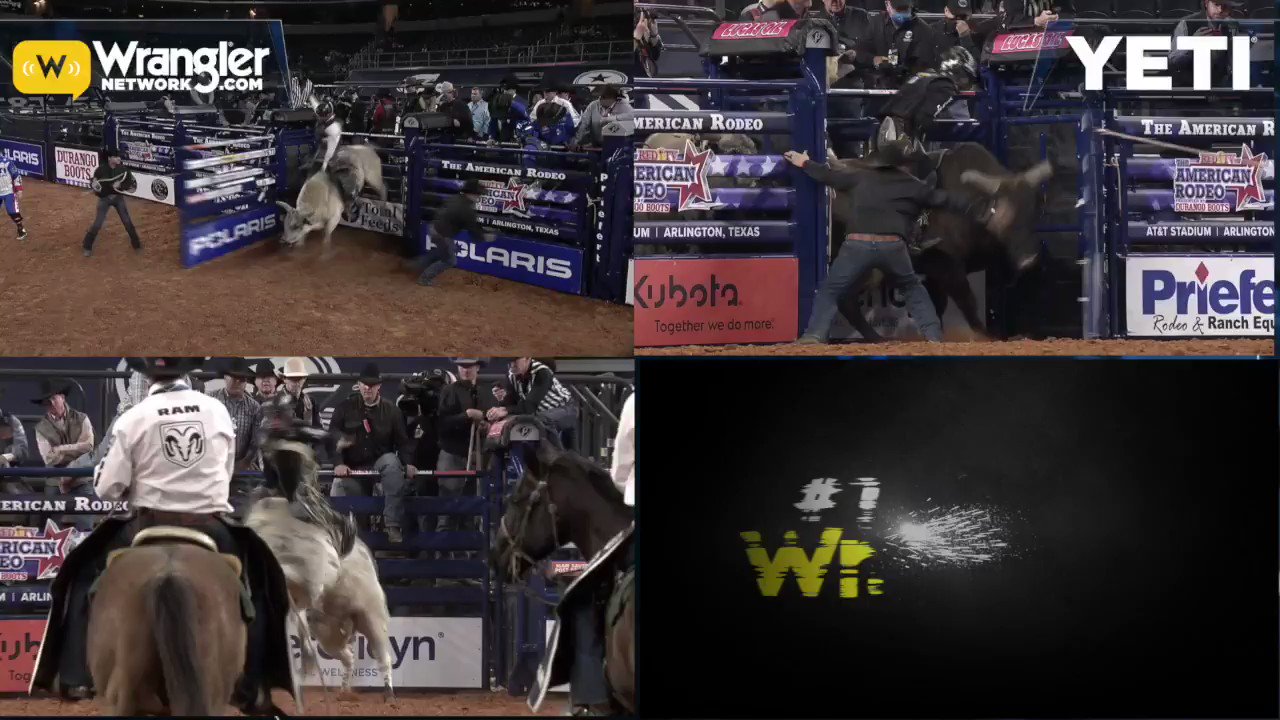 Three #TeamWrangler cowboys are advancing to the short-go today! Dalton Kasel with an 84.25 point ride on Night Prowler, Sage Kimzey with 86.5 points on Chosin One and of course, Colten Fritzlan rode to the top in the long-go with 89.75 points on Justified. 👏👏👏