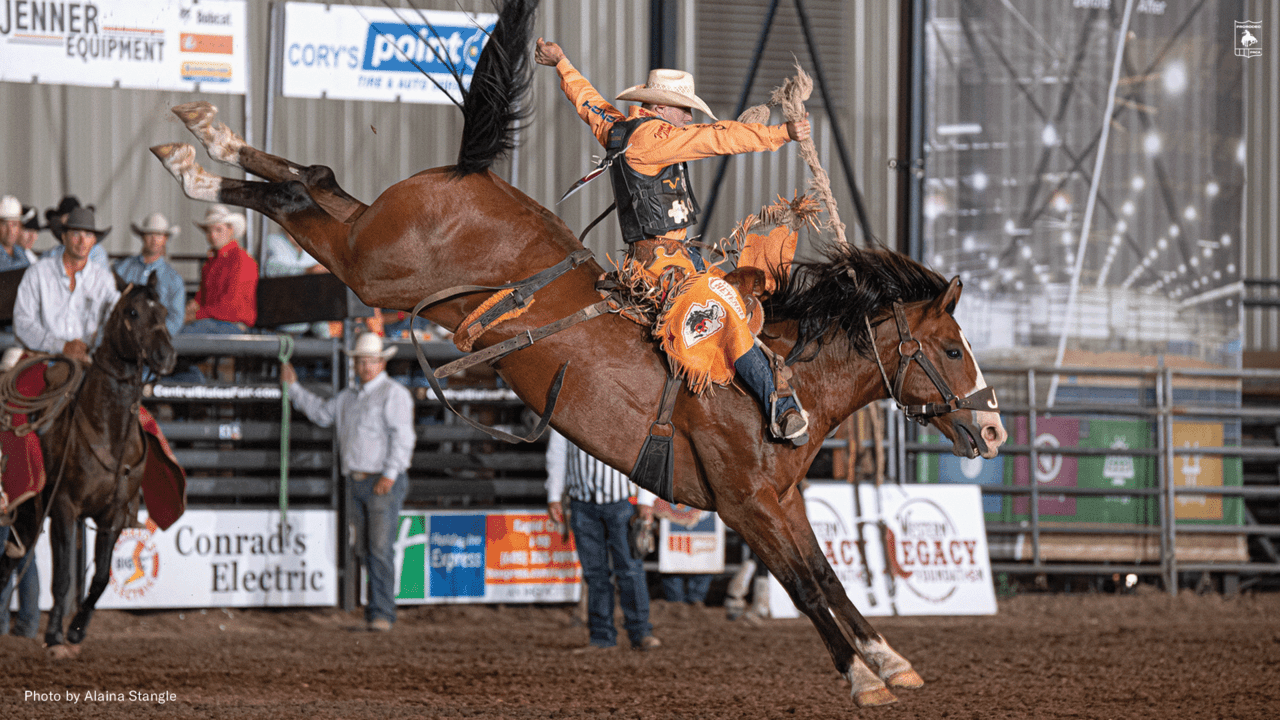 The standard exists for Brody Cress. His resume remains bloated with accomplishments. At 26, he has won the Wrangler National Finals Rodeo saddle bronc average title three times, including last season, and qualified for the sport’s top event five times.

He defines consistency. So, the performance he delivered on Sunday night at the Xtreme Broncs Finals in Rapid City, S.D., should come as no surprise.

Against a loaded field, Cress posted a 93.5-point ride on Sutton Rodeo’s South Point, besting a group that included three other scores in the 90s at the Central State Fair Grandstand Arena.

By finishing with a flourish, Cress captured the two-head average with 180 points, netting $14,382 for the average and $23,059 for the event. Back in 2019, Cress split the win at the inaugural Xtreme Broncs Finals with Wade Sundell.

It represented a dramatic rally for the star. Cress had an 86.5-point ride on Bailey Pro Rodeo’s Capone in his first ride, placing him last among the eight cowboys to make the short round. That left him going first. He set the tone.

It unfolded like this. With the big crowd ready to roar, Cress left the chute on standout horse South Point, who was ornery.

The horse kicked its back legs violently into the air 11 times as he made his way forward. The public address announcer bellowed, “You’ve got to be kidding! Oh, my goodness!” as Cress stayed in rhythm, hopped off onto his feet and into the prize money.

That’s how you set a new arena record and top the likes of Ryder Wright, Lefty Holman, Sage Newman, and Dawson Hay, who won this event last year on South Point.

Cress has said in the past that when he draws a good horse, then “it’s up to me to do my job, to stay positive.” He learns and moves forward from his runs, which prevents slumps. He also credits his support group for keeping him focused with the right mindset. He’s always ready to compete. And triumph.

Cress winning has become a tradition across the country this season – well, really every season since he bought his PRCA card in 2014.

The Rapid City effort represented his 10th victory of the season, joining a list that features; The Daily Record Xtreme Bares and Broncos in Ellensburg, Wash., and La Fiesta De Los Vaqueros in Tucson, Ariz., over the winter.

Cress is defined by his consistency and this season has only reinforced that image.

Watching Cress throw his right arm triumphantly into the air on Sunday in Rapid City, it’s not hard to see that scene repeated at this year’s NFR.