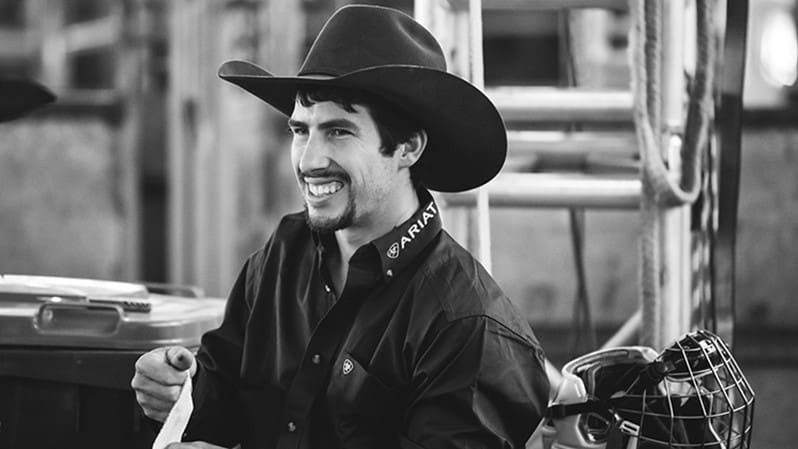 When the final bull bucks inside the Townsville Entertainment & Convention Centre on Nov. 27 for the 2021 PBR Australia Grand Finals, Kurt Shephard is hoping it is his name that is atop the Australian standings.

While Shephard has finished inside the Top 10 in the race for the PBR Australia Championship five times in his career, including a career-best No. 3 in 2020, the top ranking at year’s end has been an honor that has eluded the weathered veteran.

“It would mean everything,” Shephard said. “That is every bull rider’s goal in Australia. So to be able to achieve that and to have my name alongside that long list of champions, that would be a great feeling for me and my family.”

With just one regular-season event remaining prior to the Grand Finals in Townsville, Shephard has set himself on the path to actualize that goal. Presently No. 3 in the national standings, he trails No. 1 Aaron Kleier by a mere 141.33 points.

“Next two events just stay on every bull I get on,” Shepard said of what it would take to overtake the top spot. “I figure if I can get a qualified ride on every bull form here on out, I should be able to achieve the things I want to.”

And making the whistle is something that Shephard has excelled at in 2021.

Having gone a torrid 14-for-23 on home soil, Shephard has ridden 60.86% of his bovine athlete counterparts.

Adding to the impressive nature of his consistency, Shephard, who has ridden at 10 PBR Australia events in 2021, recorded a Top-10 finish in all of his outings but one. Of those efforts, two were event wins, accompanied by three runner-up efforts.

“It’s a great feeling,” Shephard said. “I don’t know if maybe I haven’t been on as many as a lot of other guys, but it feels good to be staying on the ones I am getting on, that’s for sure.”

Shephard’s latest outing, however, was a deviation from his championship-contending form. At the high-stakes PBR Caboolture Invitational, which offered double the points, Shephard was shutout, going 0-for-2 as he was bucked off by Night Fury in 5.68 seconds, and Big Bang Theory in 6.48 seconds.

The Queensland-sensation, however, remains steadfast in being crowned the 2021 PBR Australia Champion.

And if you ask him what has been key to his surge in 2021, his answer is simple, maturity.

“Probably not a huge change,” Shephard said. “Just mentally stronger and matured a little as you do. With each year, I have gained experience and you learn from your mistakes.”

This weekend’s PBR Rockhampton Invitational on Saturday, Nov. 13 at the Great Western Hotel will mark the last regular-season event prior to the league’s last stop of the year in Townsville.

“Townsville is a very central place for a lot of country and a lot of people that can come and watch us compete there,” Shephard said of the unrivaled atmosphere awaiting the nation’s best on Nov. 26-27. “It’s just a good spot being as that’s where the PBR Australia head office is, it just seems to fit to me.

This weekend in Rockhampton, one rider has the chance to win 80 national points. While not enough to overtake No. 1 Kleier, should Shepard sweep the board, and Kleier stub his toe, Shephard would climb within 61.33 points of the top spot.

Shephard is also no stranger to dominating the field in Rockhampton. With the forthcoming event at the Great Western Hotel marking the league’s seventh appearance in the venue in 2021, Shephard has emerged the top contender in the city twice.

“I am feeling great,” Shephard concluded. “Just taking it one bull at a time and letting the chips fall where they may.”