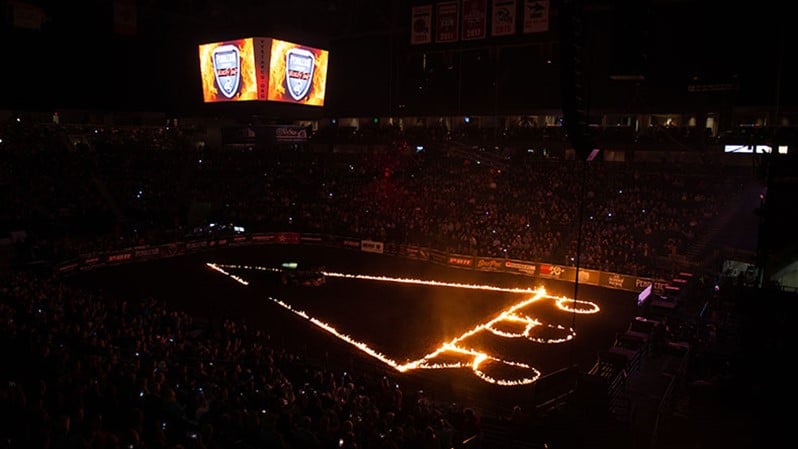 The league’s expansion series was last in Jacksonville in 2020, holding the season-launch event for the Pendleton Whisky Velocity Tour in the Sunshine State.

Dener Barbosa (Paulo de Faria, Brazil) dominated the Jacksonville Invitational with a perfect 2-for-2 showing to capture the third Velocity Tour victory of his career.

For his efforts, Barbosa collected 36 world points, rising to No. 14 in the world. He concluded the year with his fourth career berth to the prestigious PBR World Finals ranked No. 17 in the world.

Jacksonville last welcomed the PBR in 2021, with the elite Unleash The Beast storming into VyStar Veterans Memorial Arena for the seventh time in league history.

On Saturday evening, all 40 competing riders will attempt one bull each in Round 1. Following the opening round, the Top 15 will then advance to the championship round where they will attempt one final bull, all in an effort to be crowned the event champion.

Tickets for the one-day event go on sale Friday, October 29 at 10:00 a.m. EDT, and start at $15, taxes and fees not included. Tickets can be purchased online at Ticketmaster.com and PBR.com, at the VyStar Veterans Memorial Arena Box Office, or by calling PBR customer service at 1-800-732-1727.

PBR Elite Seats are available for $175 for avid fans who want an exclusive VIP experience while enjoying the world’s top bull riding circuit. These tickets offer the best seats in the venue, a question-and-answer presentation with some of the top bull riders and stock contractors in the world, $10 concession voucher, souvenir credential and lanyard, and post-event photo opportunity from the dirt.

For an enhanced PBR experience, fans can purchase add-on PBR Premium Experiences which will include the Elite Experience on Saturday, January 29.

For more information on PBR Premium Experiences, or to purchase the Elite Experience for the PBR Jacksonville Invitational in Florida visit https://pbr.com/tickets/premium-experiences/.