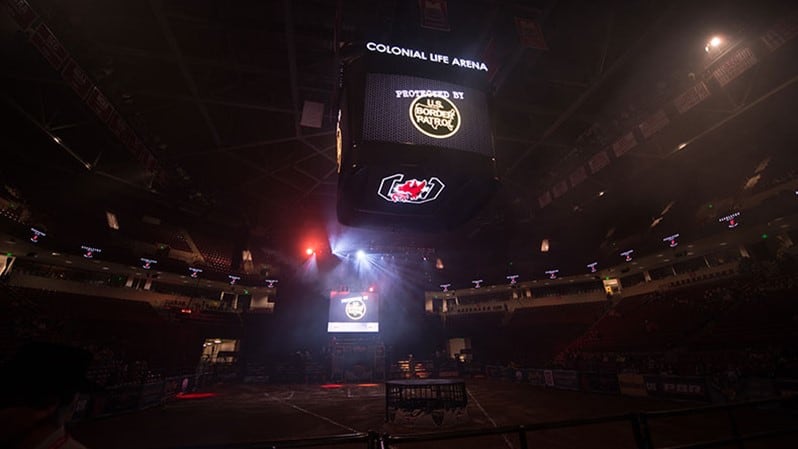 Thus far in 2021, the race for the 2021 PBR Pendleton Whisky Velocity Tour Championship is off to a fierce start, with the Top 3 riders in the series standings separated by a mere 12 points.

On Saturday evening, all 40 competing riders will attempt one bull each in Round 1. Following the opening round, the Top 15 will then advance to the championship round, where they will attempt one final bull, all in an effort to be crowned the event champion.

Tickets for the event go on sale Friday, June 18 at 10:00 a.m. EDT, and start at $15, taxes and fees not included. They can be purchased online at Ticketmaster.com or PBR.com, or by calling PBR Customer Service at 1-800-732-1727. Starting Monday, June 21, fans will also be able to purchase tickets at the Prisma Health Box Office.

The Elite Experience Add On includes a pre-event question and answer session with PBR stars, commemorative lanyard and post-event photo opportunity in the arena. For more information, contact PBR Direct at 800-732-1727.