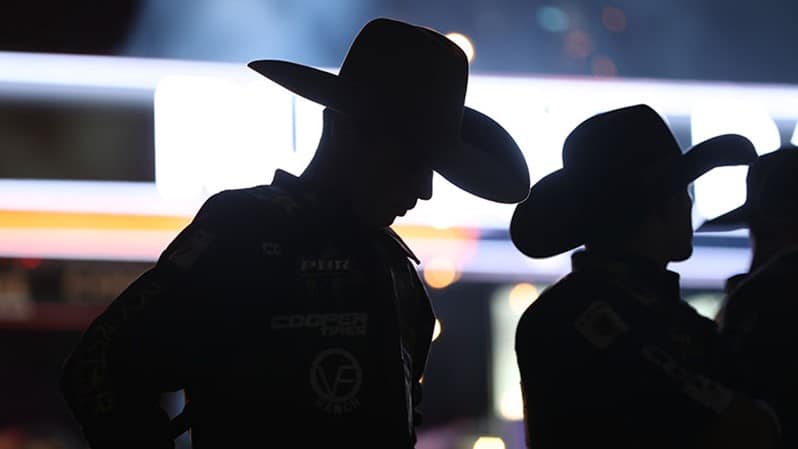 ROSEMONT, Ill. – For the twelfth time in league history, PBR (Professional Bull Riders) will buck into the greater Chicago area, holding the elite Unleash The Beast’s Tractor Supply Co. Invitational, featuring the Top 30 bull riders in the world, at Allstate Arena on Jan. 14-15.

The 2022 PBR Unleash The Beast event at Allstate Arena in Rosemont will mark the sport’s 12th event in the Windy City following a one-year hiatus in 2021 due to the COVID-19 (coronavirus) pandemic.

When PBR was last in Chicagoland, young gun Daylon Swearingen (Piffard, New York) reached a critical career milestone. As one of four riders to go a perfect 3-for-3, the New York native captured his career-first victory on the elite Unleash The Beast. Swearingen clinched the golden finish in electric fashion, delivering his first 90-point ride on the elite tour when he rode Big Black for a commanding 91.75 points.

Positioned at the start of 2022, the PBR Tractor Supply Co. Invitational will play a crucial role in shaping the initial championship race to the PBR World Finals in late May in Fort Worth, Texas, which awards a gold buckle and million-dollar bonus to the world’s best bull rider.

In recent history, the Windy City event was instrumental to one rider’s campaign that etched his name in the league record books.

Marking his second consecutive victory on the premier series, Jess Lockwood (Volborg, Montana) won the event in Rosemont in 2019 allowing him to further his stronghold on the No. 1 rank and setting him on a path that led him to becoming the youngest two-time World Champion in league history to end the season.

Additionally, Lockwood’s win in Chicago in 2019 made him the first rider since two-time PBR World Champion J.B. Mauney (Statesville, North Carolina) in 2007 to win the first two events of the season.

The bull riding action for the PBR Tractor Supply Co. Invitational begins with Round 1 at 7:45 p.m. CST on Friday, January 14, followed by Round 2 and the championship round at 6:45 p.m. CST on Saturday, January 15. All competing bull riders will get on one bull each in Rounds 1-2. Following Round 2 Saturday evening, the riders’ individual two-round scores will be totaled with the Top 12 advancing to the championship round for one more out and a chance at the event title.

Tickets for the two-day event go on sale Monday, October 18 at 10:00 a.m. CDT, and start at $15, taxes and fees not included. Tickets can be purchased online at Ticketmaster.com and PBR.com, at the Allstate Arena Box Office or by calling PBR customer service at 1-800-732-1727.

Two-day ticket packages will also be available, offering fans up to a 20% discount on select price levels.

PBR Elite Seats are available for avid fans who want an exclusive VIP experience while enjoying the world’s top bull riding circuit. These tickets, available in three tiers, offer premium seats, a question-and-answer presentation with some of the top bull riders and stock contractors in the world, a behind-the-scenes look at the event from the back of the bucking chutes, $10 concession voucher, and souvenir credential and lanyard.

Available for $450 is the PBR Premier Elite Seat with souvenir chair. Offering the best views in the venue, fans will have the opportunity to take their seats home with them, seated in a limited-edition PBR folding chair.

For an enhanced PBR experience, fans can now purchase add-on PBR Premium Experiences which will include the Elite Experience on both Friday, January 14, and Saturday, January 15.

The Elite Experience, available for $75, will include a Q&A session with a select group of the league’s top riders, bullfighters and stock contractors, pre-event photo on the bucking chutes, arena concession voucher and commemorative credential and lanyard.

For more information on PBR Elite Seats and PBR Premium Experiences, or to purchase the Elite Experience for the PBR Tractor Supply Co. Invitational in the greater Chicago area visit https://pbr.com/tickets/premium-experiences/.