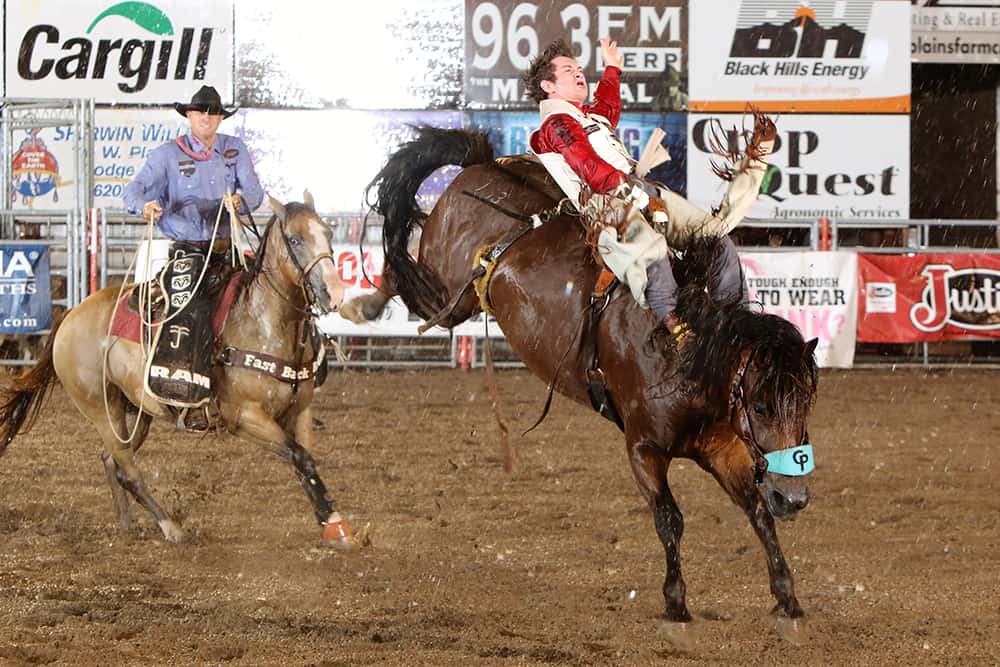 CLARENDON, Texas – It was the fall of 2020 when Cole Franks made a couple of goals for himself.

He was a sophomore at Clarendon College in his hometown, competing on the rodeo team for his father, Bret Franks, the program’s coach. He also had just purchased his card, allowing him to be a full-fledged member of the Professional Rodeo Cowboys Association instead of a permit-holder.

That’s exactly what happened. Along the way, Franks picked up some big victories. In fact, he finished the 2021 campaign with 13 event titles and had three rides of 90 points are better, all of which came the same week in early August. He started out the week by scoring 92 points on Three Hills Rodeo’s Spanish Feathers to win in Carson, Iowa.

A couple days later, he followed that with a 90 on Pickett Pro Rodeo’s Bar Code to win the first round in Dodge City, Kansas, advancing to the championship round at the ProRodeo Hall of Fame event in western Kansas. On Short-Round Sunday, he set an arena record by spurring Frontier Rodeo’s Gun Fire for 93 points, one of the highest scores of the season in the PRCA.

Born in Guymon, Oklahoma, Franks is the second generation of his family to advance to rodeo’s most prestigious event; Bret Franks was a three-time NFR qualifier in saddle bronc riding. Cole Franks proves the genetics come strong in their athletic form, but so does the love for the game.

It’s the perfect fit for the young man who won’t back down from a fight with a 1,200-pound bucking beast.