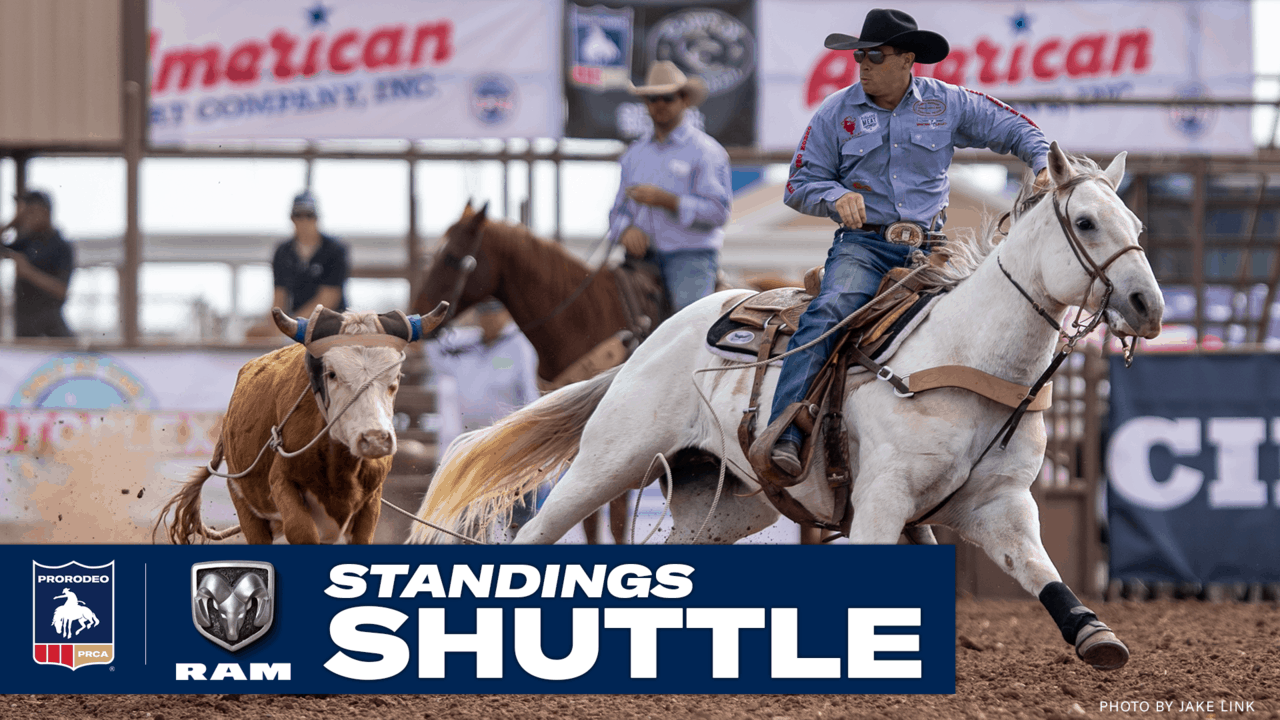 Steer roper Garrett Hale has won more money than anyone else in the PRCA since the 2021 season kicked off Oct. 1. While most of the other event leaders have earned about $6,000, Hale boasts $12,436.

“My horses are working really good and I changed my outlook and mindset for this year to not overthink the roping aspect of it and not break it down so much, just go rope and have fun doing it,” said Hale, 28. “I got a little flustered in the middle of the season and could hardly win anything at all. I really had to slow it down and go back to the basics, in steer roping you need a repetition and to make the same run every single time, so that’s what I’ve been working on.”

There’s no time to overthink a run when it’s all reflexes. His new approach scored Hale $5,542 at the Roping Fiesta in San Angelo, Texas, Oct. 24-25.

“Muscle memory is in all sports – timed events, roughstock, baseball, everything,” Hale said. “I’m going to keep the same mentality throughout the year.”

“I can’t compliment my horses enough, they’ve been on point,” Hale said. “I trained Dinero. He’s the one I won Cody (Wyo.) on, and then Gumby is the one I won Prescott (Ariz.) on, and he came from Dan Fisher.”

Hale’s hot streak couldn’t have come at a better time, as he’s set to compete at the NFSR in Mulvane, Kan., Nov. 6-7, which will stream live on the PRCA on Cowboy Channel Plus app.

“This gives me a big boost of confidence going into the Finals,” Hale said. “I’m the type of guy who is tough on myself, so this confidence of, ‘You can do it and compete with these guys,’ has given me the edge going into the NFSR.”

Hale moved from second to first in the world standings during Oct. 19-25.

And he wasn’t the only ProRodeo athlete to advance within the Top 15 last week. While it doesn’t take much to make a big jump in the world standings when the season is fresh, every dollar won in October counts just as much as every dollar won in September.

The first 25 days of the 2021 season presented $1,377,723 worth of prize money. During the fourth week of the season, 11 cowboys moved up within the Top 15 of their respective events, while 27 launched from no money earned to a spot within the Top 15.

The following cowboys saw their positions improve in the Top 15 of the world standings or launched from having no money won to being within the Top 15.

• J.P. Wickett moved from 36th to fifth in steer roping.

• Cody Darnell moved from 33rd to 15th in tie-down roping.

• Ryan Jarrett moved from 25th to eighth in tie-down roping.

• Chris Bechthold moved from 22nd to sixth in bull riding.

• Caleb Smidt moved from 13th to second in tie-down roping.
• Rocky Patterson moved from 17th to sixth in steer roping.

• Jess Tierney moved from 11th to fourth in steer roping.

• Shad Mayfield moved from sixth to third in tie-down roping.
• Ruger Piva moved from 14th to 11th in bull riding.

• Clayton Sellars moved from fourth to third in bull riding.