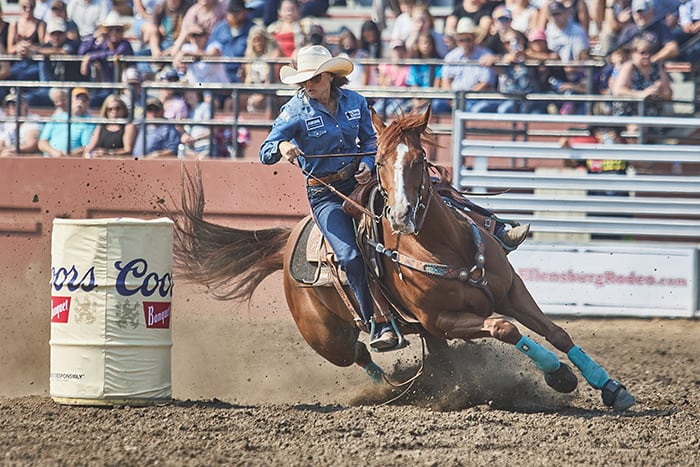 COLORADO SPRINGS, COLORADO – Success in the sport of barrel racing or breakaway roping doesn’t just fall on the human athlete but also the equine athlete. While the WPRA and AQHA have annually honored the top equine partners that carry WPRA barrel racers to the winner’s circle dating back to 1989, this year marks the first year breakaway roping horses are also being recognized.

The Nutrena Horse of the Year presented by AQHA were unveiled on October 14 following the conclusion of voting by the Top 25 in each respective event.

Taking top honors in the barrel racing was Famous Lil Jet “Rollo” ridden by Jordon Briggs and owned by Jordon and her husband, Justin.

“I’m really proud that other people—my peers, people I’ve competed against and looked up to—that they think that of him as well,” said Briggs upon learning that Rollo had won this coveted title. “He’s very consistent and seems to know not to hit a barrel. Ever since he was a futurity colt, I told my husband, if any horse deserves to go make ten runs in that arena (Thomas and Mack), it’s this horse . . . I just didn’t know if I’d be the one to take him or sell him to someone else to do it.

Rounding out the top three in the barrel racing category resulted in a tie with Fiery Miss West “Missy” ridden by Jessica Routier and owned by Gary Westergren and HR Fameskissandtell “Kiss” owned and ridden by Shelley Morgan. 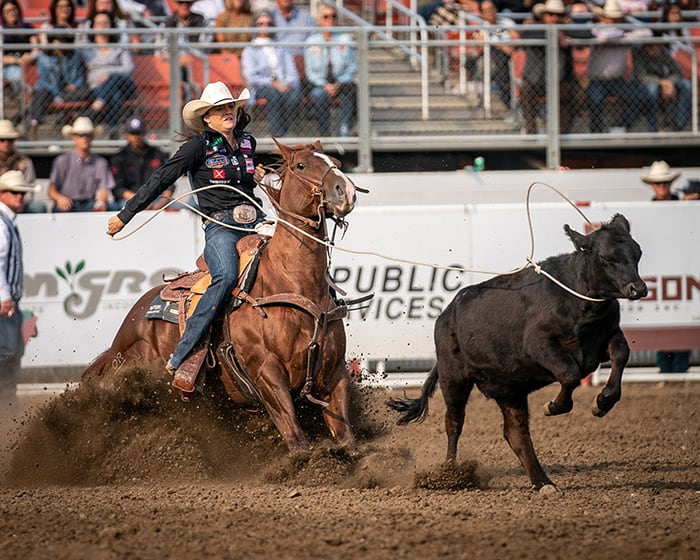 On the breakaway side winning the inaugural Nutrena Horse of the Year presented by AQHA title was Shelby Boisjoli’s horse – No Wimpy Turns “Onna.” This is a horse she has relied on in 2021 and recently carried her to the win at the ProRodeo Tour Finale in Salinas to return to the top of the world standings.

“She’s kind of a quirky horse but she’s also just a big teddy bear,” said Boisjoli about her 6-year old mare. “She’s one of those horses who doesn’t like to do bad . . . she knows when she does bad and gets really upset about it. I just love her, she means the world to me and I literally cherish every single run with her.”

Congratulations to all the winners.