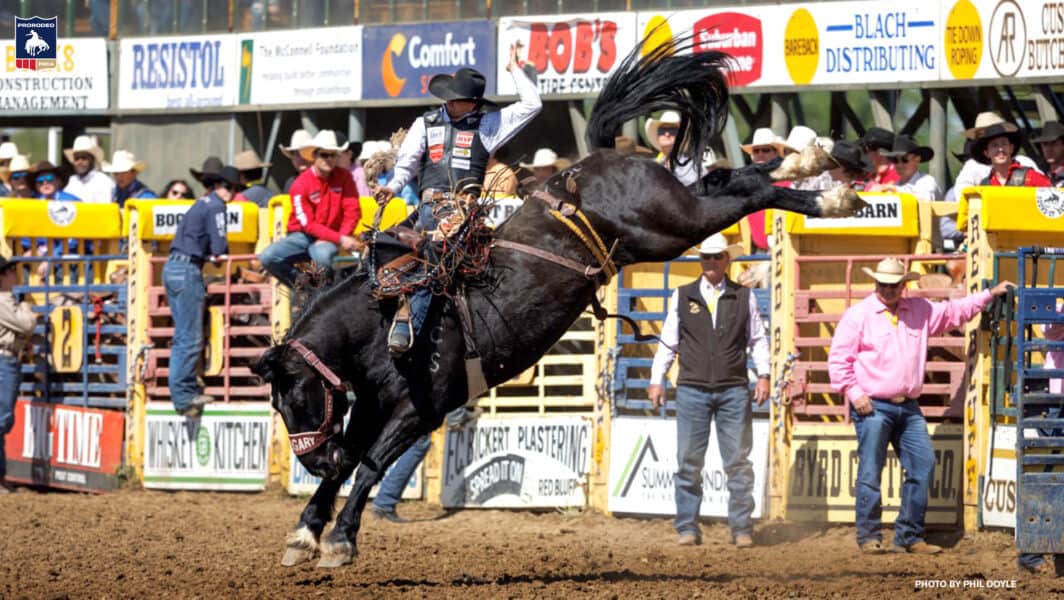 Wyatt Casper had a memorable winter run. Thanks in part to a $25,750 payday at RodeoHouston he headed into the third weekend of April sitting fourth in the PRCA | RAM World Standings.

He may jump up even higher in the saddle bronc riding standings after his performance at the Red Bluff (Calif.) Round-Up on April 17.

Casper picked up an important NFR Playoff Series presented by Pendleton Whisky win with an 88-point ride on the Calgary Stampede’s Yo Yo Marble.

“It just all came from me drawing that horse,” said Casper, 25. “Shoot I’ve been out here for six years and never made any money. So, it was good to finally draw one to win it on.”

The trek to Red Bluff was his first trip to California this season. He said it gives competitors a feel for what the summer run will bring.

“It’s fun to be able to come out here in April and kind of get your feet wet on what it’s going to be like going through the summer and rodeoing,” Casper said. “You get out here to where it’s a big outdoor rodeo and its beautiful weather. It kind of gets your blood pumping and gets you ready to hit the road at the end of June and July.”

This season the Miami, Texas, cowboy saw his mentality change a bit. After jumping out to a fast start he said he’s been able to be more selective on what rodeos he rides in and which ones he doesn’t. Red Bluff was just his 16th rodeo of the 2022 season.

“I’ve honestly just kind of been hiding out a little bit,” Casper said. “I got a big lick at Houston, and you know you always want to be mindful about your rodeo count. We only get to count 100 rodeos a year.

“I’ve had it happened in years past when it comes down to September and you always have to pick and choose what rodeos you’re going to have count and not for the standings. I think with years of experience under my belt I’m finally coming to realize that I would rather be rodeoing hard in September than in April and May.”

His family is happy with his change in schedule as well with plenty of items on the to do list. But he’ll be ready to attack the rodeo road head on when the time comes.

“I’m just going to enjoy the time I get at home with my family and kids,” he said. “I know my wife has some projects for me to get done around the house before I take off for the summer. So, I’m going to go home and work on those and just keep bronc riding and get ready to hit it hard at Reno.”