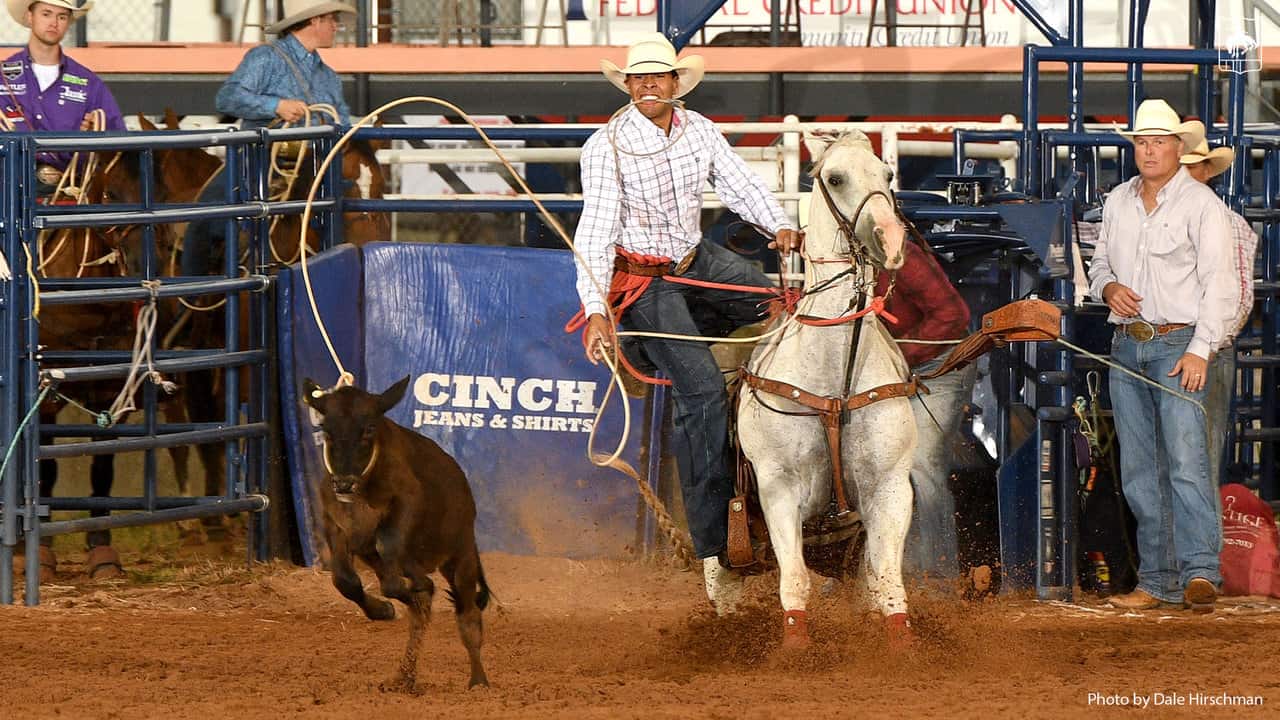 The rodeo season is a long one and it finishes with a flurry of competition in the final months of the summer.

The sheer number of rodeos and miles will wear a guy out, no matter their age or experience, but 2020 PRCA World Champion Tie-Down Roper Shad Mayfield is just getting stronger as the season winds to its September 30 cutoff.

“I’m riding through to the end, rodeoing like I’m fifteenth,” Mayfield said with a laugh after blowing through two calves in 15.3 seconds to top the field by four tenths of a second

But Mayfield actually sits comfortably on the opposite side of the PRCA | RAM World Standings, ranked first as he plans for his fourth straight trip to the Wrangler National Finals Rodeo (WNFR) with season earnings better than $150,000.

“It’s winding down to the fourth quarter,” Mayfield noted. “To be sitting first, that takes a lot of pressure off for sure and wins like Lawton help even more.”

Mayfield is clearly eyeing a second gold buckle and has to stay on top of his game to keep ahead of the stacked field behind him, which includes reigning world champ Caleb Smidt, who was just six tenths behind him in Lawton.

One key to his world standings position is success on the WNFR Playoff Series.

“It’s huge to end the season at Puyallup and with the payoff this year, it will be even more so,” Mayfield said. “Those (playoff rodeos) are the richest rodeos, and they get the best ropers in the world so they’re always really tough.”

Mayfield has placed deep in Lawton in the past, back when the roping was a one head contest.

“I like two headers a lot,” Mayfield noted. In Lawton, he was 8.2 on his first calf to earn a small round check but stepped up the heat on the second one, stopping the clock at 7.1 for the round and average wins. “I got a good start and made a heck of a run . . . I figured it would hold up for something good in the average.”

Mayfield relied upon his solid back-up horse, the thirteen-year-old Platinum, for the Lawton win.

Mayfield’s got a winner for a hauling partner too, in leading rookie Riley Webb.

“I’m pushing on him because he’s sixteenth right now,” Mayfield said. “We push each other to be better every day.”

Despite the grind of the road, which this week included the long trip from Oklahoma to Oregon, Mayfield hasn’t considered going home, even knowing he’s got his spot in Vegas locked up.

“People ask me, ‘you’ve got enough for the Finals, why don’t you go home?'” he laughed. “But this is my job. I love traveling and I love to do this.”