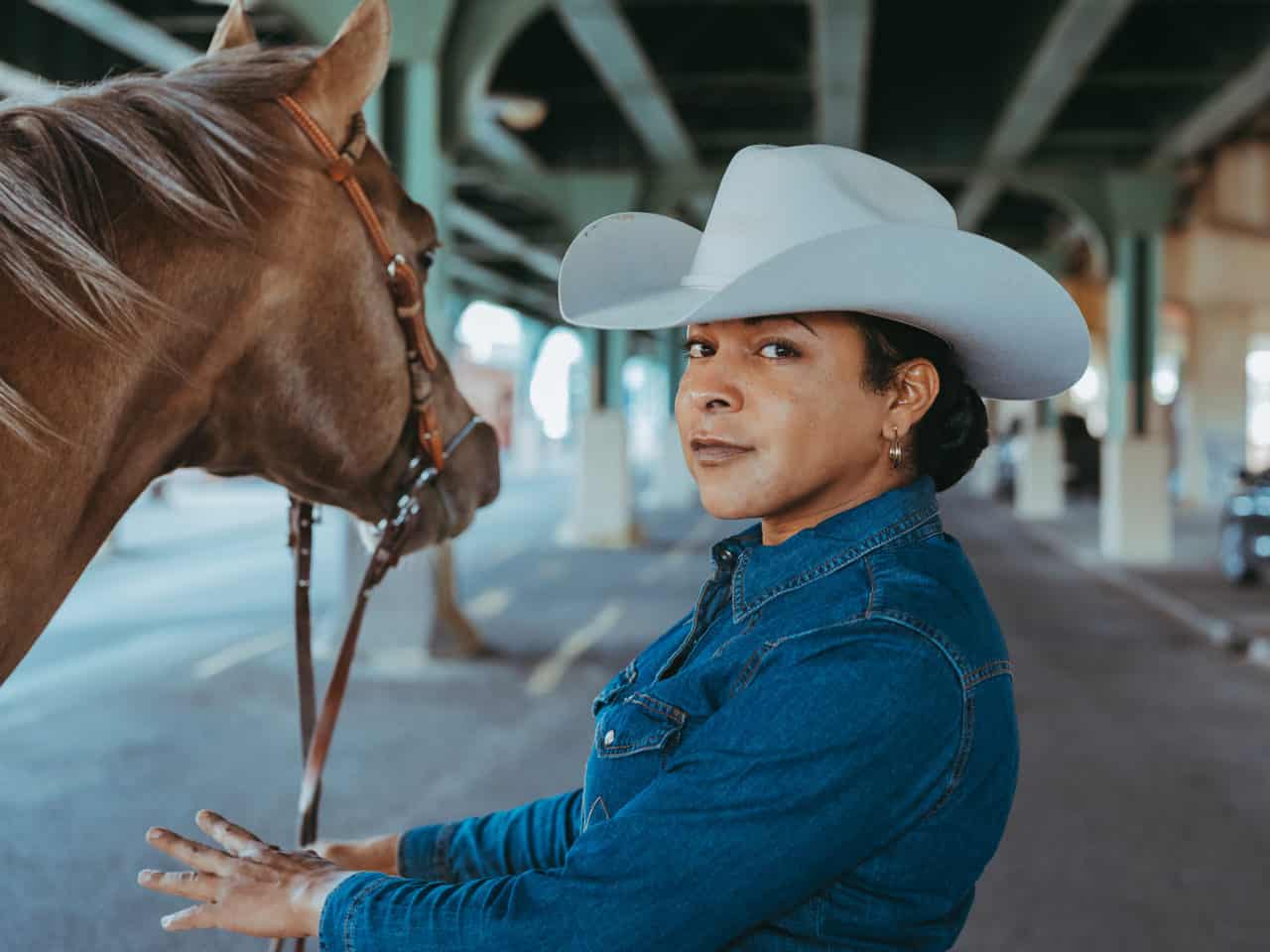 Growing up in Philadelphia, Erin Brown didn’t know a thing about being a cowgirl. Her dad, a metal fabricator, would repair horse trailers for local horsemen. One day at the age of 6, he took her to visit the Fletcher Street Stables. What her father thought would be a fun trip became a lifelong obsession for Erin. She learned to ride on a stallion named Dollar “most people get the impression that stallions are wild and dangerous, but from Dollar, I learned how to ride safely and be alert.”

Erin has gone from the youngest rider in Fletcher Street to a club leader over the past 30 years. In that time, she has taught over 40 kids to ride. “It’s an outlet for them. It’s a confidence booster and tells them they can do something different in life.” Fletcher Street Stables has been teaching youths horsemanship in the Strawberry Mansion section of Philadelphia for over 100 years. This year the lot that housed the riding club was purchased by a real estate developer, and the club disbanded. Erin is carrying the torch, working with the city and raising donations to find a home for the next iteration of Fletcher Street named Philadelphia Urban Riding Academy.

Recently a film crew came to the city to shoot Concrete Cowboy, a film about the riding club starring Idris Elba. Erin is featured in the movie as a stunt double and extra. “Seeing the film being made in parts and then coming together as a full film is one of the best experiences I’ve had in my life so far.” #LongLiveCowgirls #BlackHistoryMonth 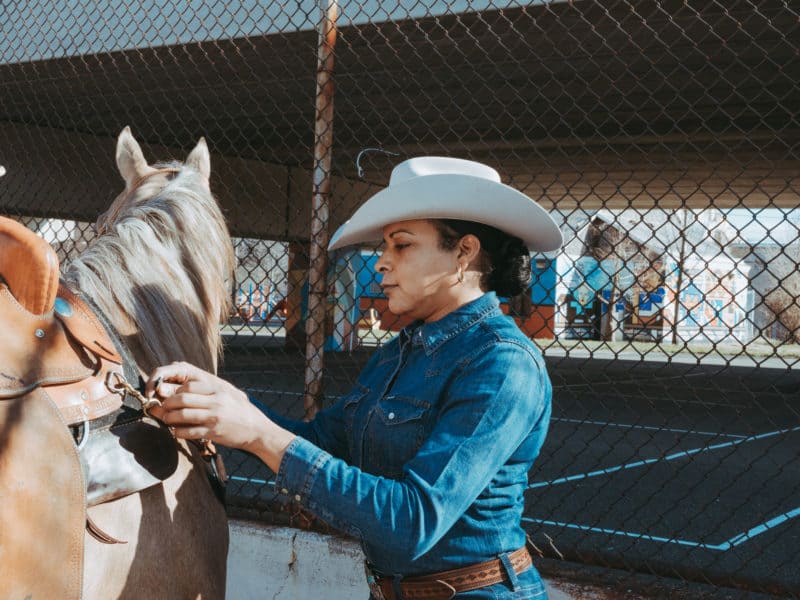 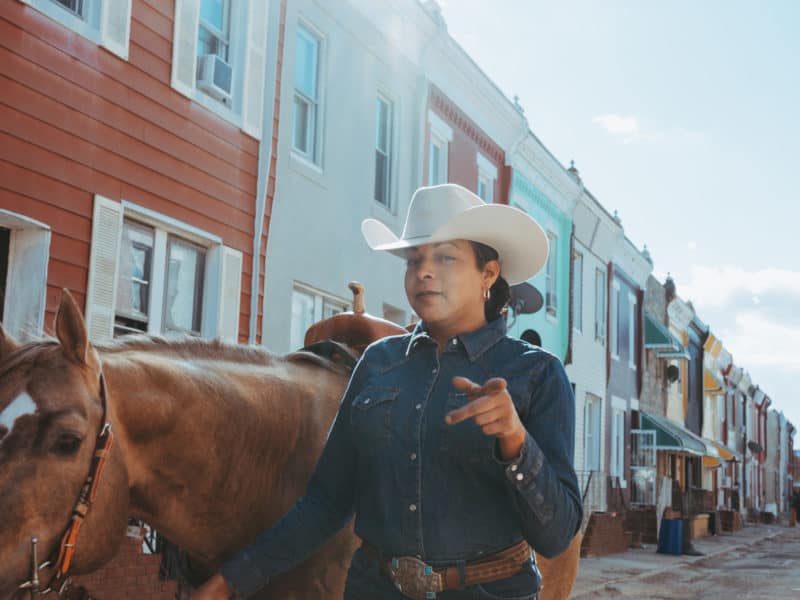 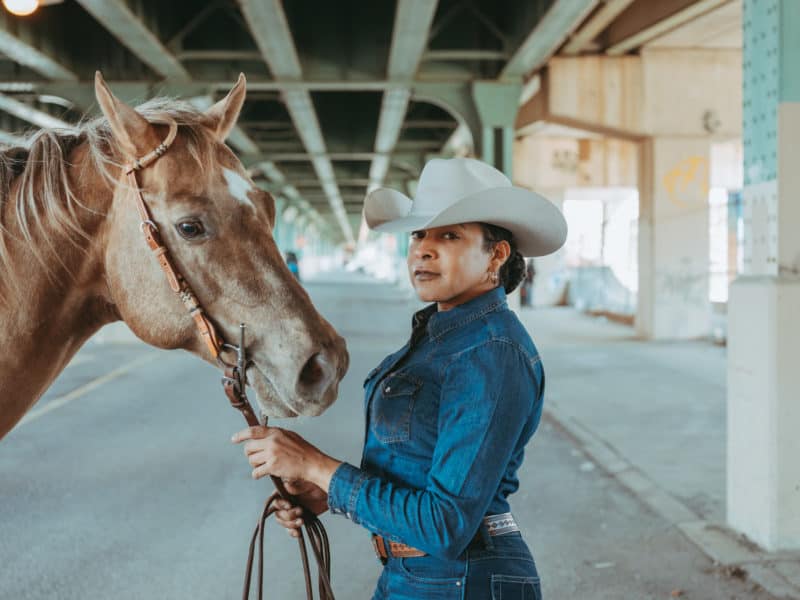 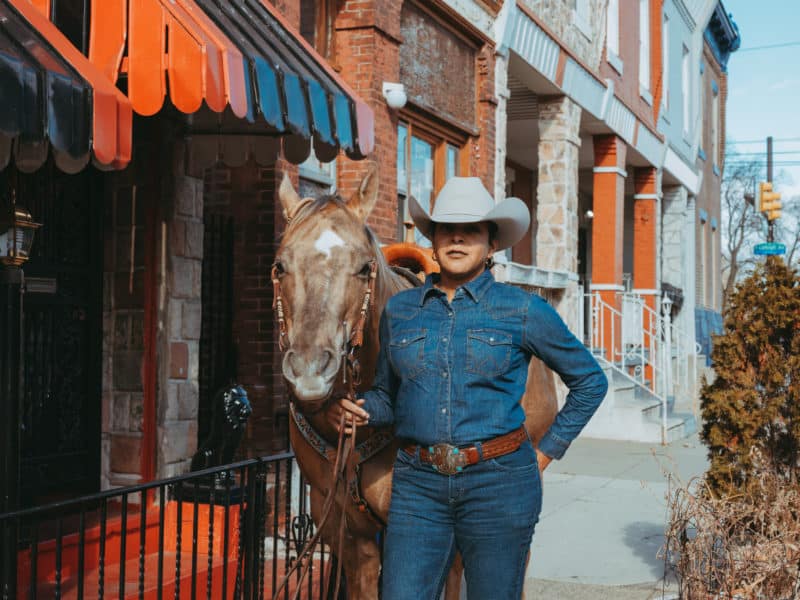